Maryam Rajavi: 40 Years After the Uprising Against the Shah, It’s the Mullahs’ Turn to Go 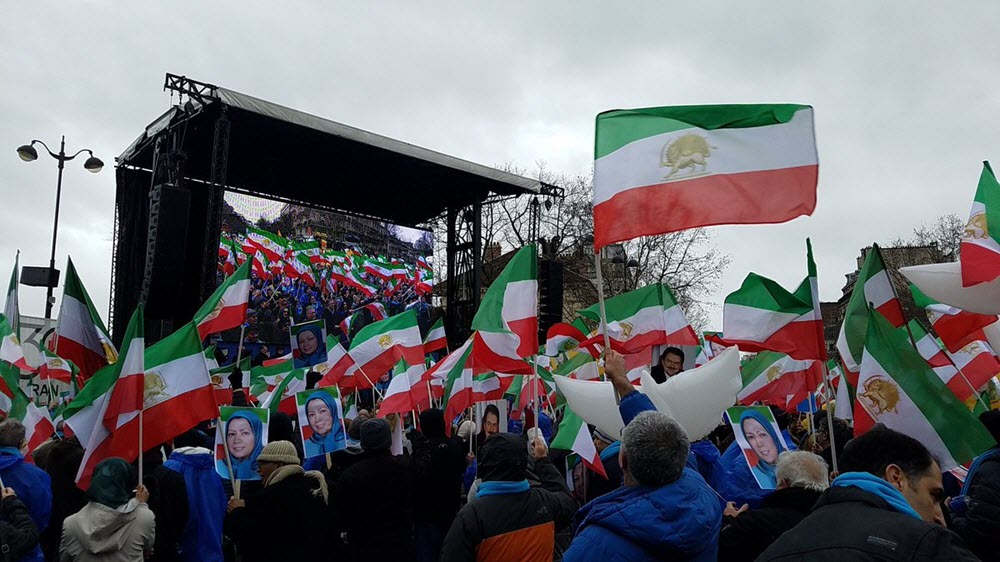 On February 8, thousands of Iranians rallied and marched in Paris to mark the 40th anniversary of the Iranian people’s uprising against the Shah’s dictatorship.

The march started in Paris’s Denfert Rochereau Square and ended at Les Invalides in front of the French National Assembly. The protesters condemned the continuing human rights violations in Iran, increasing terrorist plots of the regime, and the regime’s continuing missile and nuclear programs. They supported the social movements and protests by the Iranian people against the mullahs’ dictatorship.

A message from Maryam Rajavi, to the demonstrations was shown on the widescreen. She said, with the overthrow of the Shah’s corrupt dictatorship and his regime of torture, his true successors, namely Khomeini and Khamenei, took over the helms. Now is the turn of the mullahs to be overthrown.

She added, our nation has started a new era, a new phase, in her battle to bring down the mullahs’ theocratic rule. Therefore, they expect the international community to respect their struggle and recognize their high goal of liberating Iran and the entire world from the evil and mischief of the mullahs’ religious fascism. Western governments bear double responsibility in this regard because they have had a role in preserving this regime particularly in the past two decades. 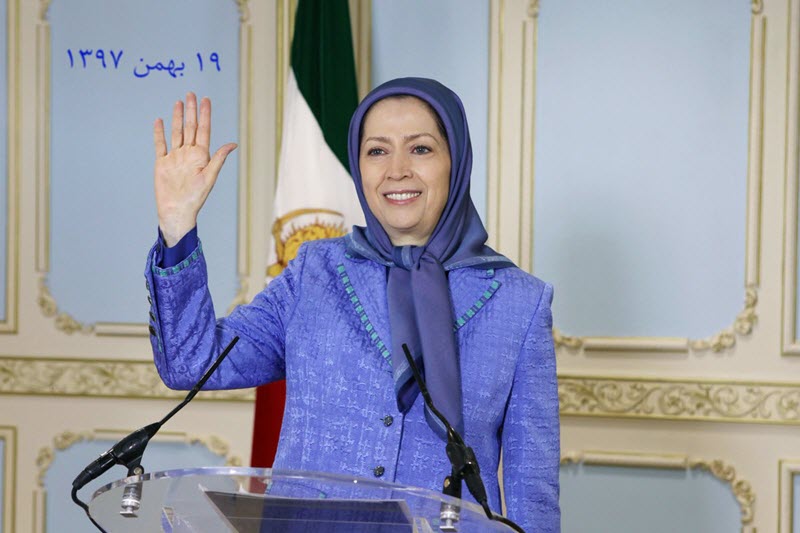 In his address, Gilbert Mitterrand referred to a recent report by Amnesty International which called 2018 the year of shame for Iran during which 7,000 people were arrested for protesting against the regime. He went on to conclude that the Iranian Resistance is the alternative to mullahs.

Dr. Alejo Vidal-Quadras said, “I call on the EU to take a hard line with this theocratic and terrorist regime which has no future. The EU must stop its appeasement policies and support the Iranian opposition instead of the mullahs. Appeasement only encourages the mullahs to commit more crimes in Iran and more terrorism in Europe. The EU has to put the entire Iranian Intelligence Ministry and the Islamic Revolutionary Guard Corps on its terrorism blacklist.”

Michèle de Vaucouleurs said, “I am here today to testify that as a Member of Parliament, I find the human rights situation in Iran truly regrettable, and I hope this year will be the last year that you have to endure these sufferings.”

The powerful march that swept through the streets of Paris in the cold weather with the rhythms of the drums and passionate slogans reflected the strength of the spirit of resistance among Iranians and the participating demonstrators. It reflected the voices of the Iranian people who never stopped their protests and strikes over the past year.

At the end of the march, the final statement of the rally was announced. It condemned the terrorist acts of the mullahs against the opposition in Europe, the continued proliferation of dangerous missiles and nuclear weapons, the continuing repression and killings in Iran, and in the regional wars. It further urged the international community to decisively confront the regime and to recognize the right of the Iranian people and Resistance to overthrow the clerical regime.

Secretariat of the National Council of Resistance of Iran
February 8, 2019