﻿Maryam Rajavi: Iran Regime Has Failed, to Annihilate PMOI to Guarantee Its Survival 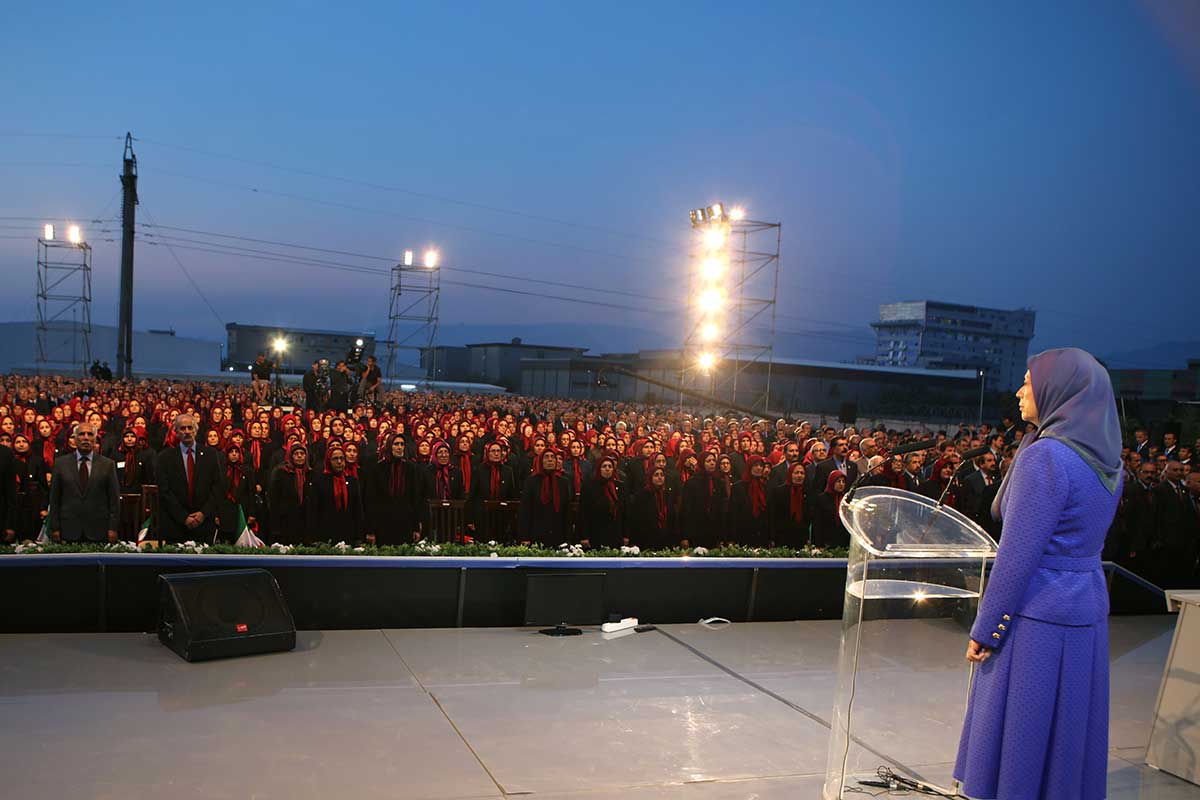 On the fourth anniversary of the massacre of 52 PMOI members residing in Ashraf, Iraq, who were assassinated at the behest of the Iranian regime by the puppet governemt of Iraq and its agents, the Iranian Resistance’s President-elect Maryam Rajavi said: The mass execution of PMOI members was the hidden half of the regime’s retreat in the nuclear talks and the JCPOA. Before the start of the talks with P5+1 and signing of an agreement in November 2013, the regime resorted to the massacre in Ashraf. Following Khamenei’s approval of the JCPOA in October 2015, Camp Liberty was attacked by rockets. All the stages of the nuclear agreement, starting from secret talks to the signing of JCPOA, were accompanied by attacks on and slaughter of Ashraf residents. The regime needs to annihilate its most important existential threat, namely the PMOI and the Iranian Resistance, to guarantee its survival.

In a ceremony in the presence of a number of international personalities and a large group of PMOI members in Tirana, Mrs. Rajavi said the massacre in Ashraf, however, does not fade in the past. Like the 1988 massacre, it is directly tied to the Resistance, and freedom and human rights in Iran. The dossier on Ashraf must be opened, and Khamenei, Maliki and others involved in this massacre must face justice. 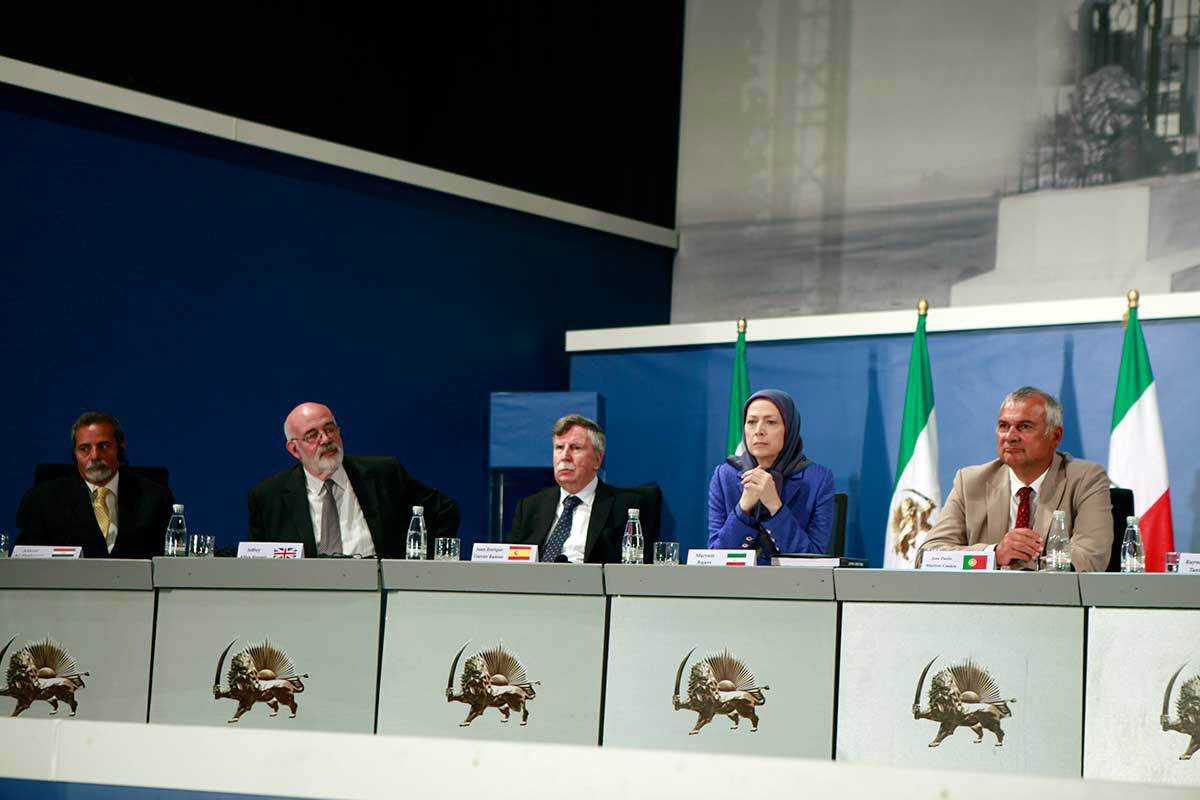 Likewise, it must be cleared why the US turned its back on its obvious and undeniable commitments for the protection of the residents of camps Ashraf and Liberty and did not take any action against such a great crime. This is part of the policy of appeasement, particularly in the past eight years, which helped secure windfall gains for the mullahs. The overwhelming portion of the disasters caused by the regime in the Middle East were enabled by reliance on this policy.

Pointing to the 600 million dollars’ worth of PMOI’s property in Iraq, Mrs. Rajavi reiterated that the US and UN had repeatedly made written and verbal commitments over the past years to resolve the problem of the PMOI’s properties in Ashraf and Liberty. She called on the US and UN to oblige the government of Iraq to reimburse the PMOI for its assets and properties, particularly that both Ashraf and Liberty, and all the properties of the PMOI in these two camps are at the disposal of organs of the Iraqi government. 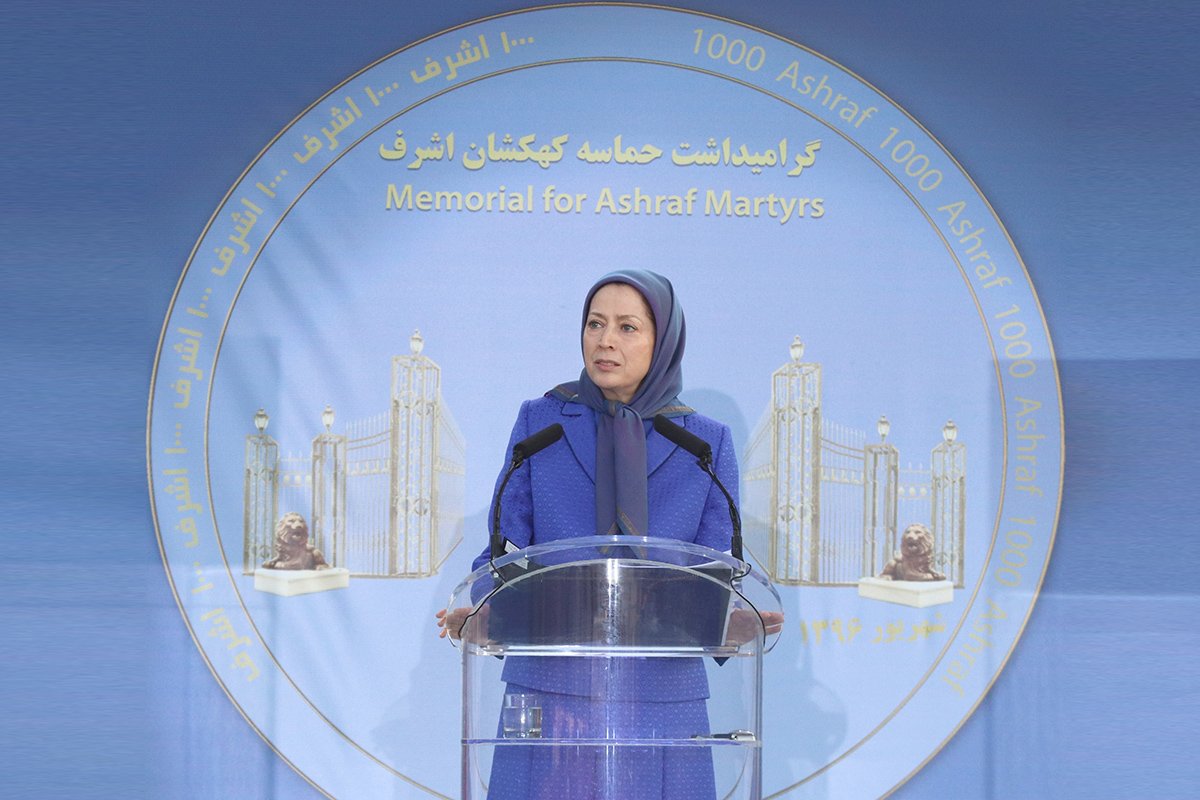 Mrs. Rajavi lauded the hunger strike of political prisoners in Gohardasht Prison in Iran and said: The resistance of these brave prisoners has drawn extensive solidarity from people all across the country and around the world. She urged the international community to censure the religious dictatorship ruling Iran and hold it accountable to end the torture and persecution of political prisoners.

In another part of her speech, Mrs. Rajavi said: Four years have passed since the mass executions of PMOI members in Ashraf, but the regime’s consecutive schemes to annihilate the PMOI have failed and the sacrifice of their victims have inspired and motivated greater protests and social readiness. Two years after signing of the JCPOA, the mullahs have neither pulled the country’s economy out of bankruptcy, nor have they responded to the demands of Iran’s defiant society. They have not found any way out of the quagmire in Syria and the schism at the top of their ominous regime is becoming increasingly wider.

The secretariat of the National Council of Resistance of Iran
September 1, 2017