IRAN: Mrs. Rajavi Calls to the Youth to Form Popular Councils and to Provide Independent Assistance to Flood Victims 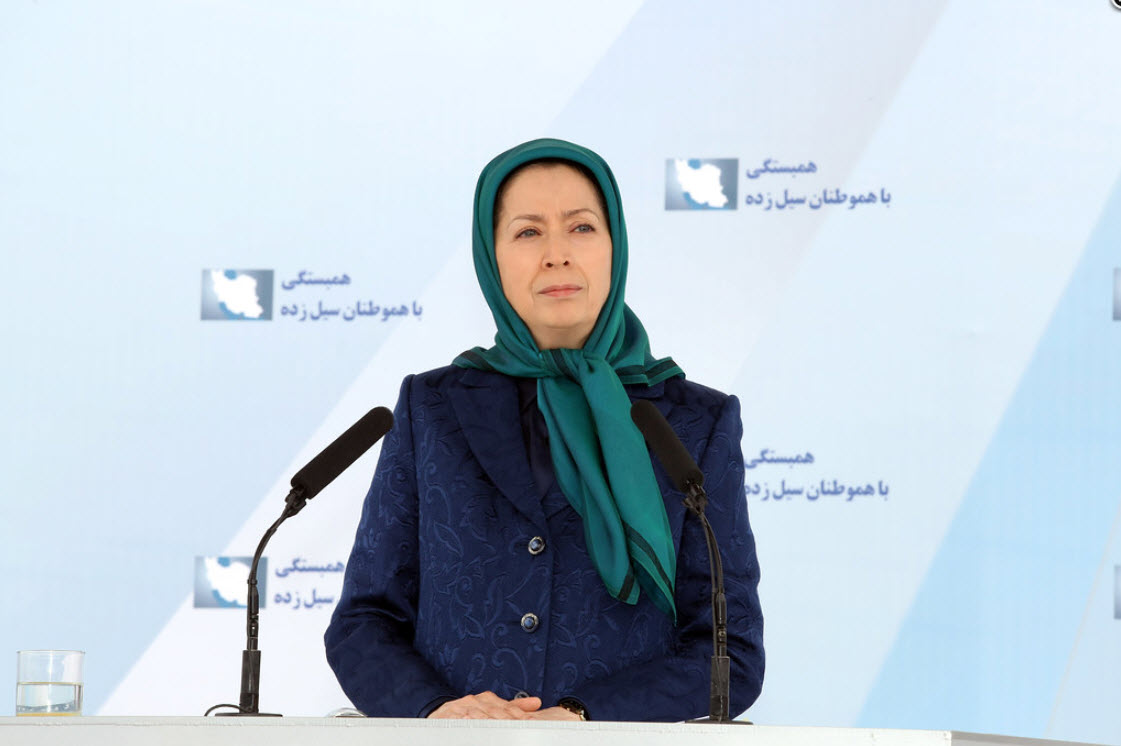 Once again, floods and storms hit large parts of the country, including the provinces of Khorasan Razavi, Ardebil, East and West Azarbaijan, Kermanshah, Isfahan, Kurdistan, Fars, Kerman, Gilan, Kohgilouyeh and Boyer Ahmad, Khouzestan, Chahar Mahal Bakhtiari, Lorestan and Markazi, and in the absence of the minimum necessary deterrents and assistance, a large number of our compatriots have died and many have been injured and homeless.

State media quoted the spokesman of the Iranian Emergency Department that 31 people were killed and 71 were injured in the aftermath of the storm from May 8 to May 31. The real number of the dead is more and the clerical regime hides it.

Mrs. Maryam Rajavi, President-elect of the Iranian Resistance, offering her warmest condolences and wishes for a quick recovery for the injured, called the public, especially the youth, for the formation of popular councils and independent assistance to the flood victims, and said that the mullahs’ regime has left Iran defenceless against natural disasters by large scale theft, environmental massacre and wasting the country’s assets in the export of terrorism and warmongering.

She added that in the clerical rule, the Iranian people are constantly suffering from disasters that can be predicted and prevented. One day flood, one day earthquake, one day fire. Accidents that become disasters due to the destruction of the country’s infrastructure and lack of care and assistance.

Secretariat of the National Council of Resistance of Iran
June 1, 2019