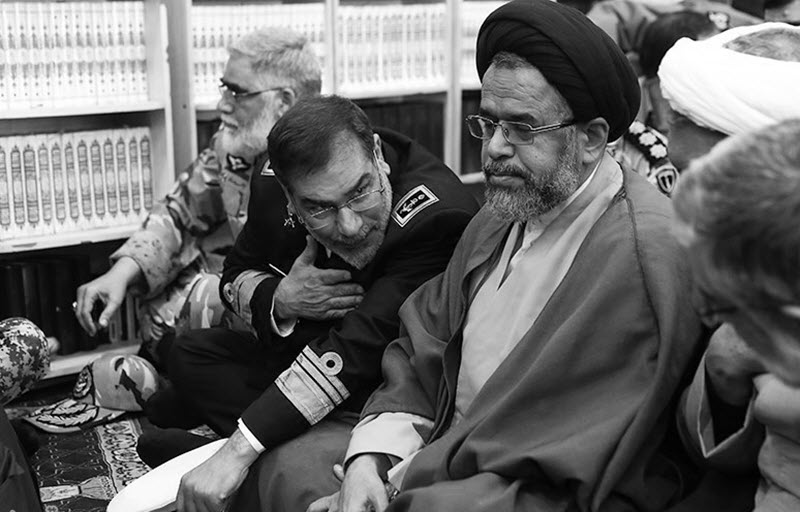 While referring to the widespread protests in various cities in August, Hassan Rouhani, the President of the clerical regime, demonstrated his animosity against the PMOI and said on August 6: “There is nothing wrong with the people’s protests … but it shouldn’t be like some people respond to a group let (’s requests).”

Subsequently, the regime’s Supreme Security Council, in an instruction to the Ministry of Intelligence, the terrorist Quds Force, the Revolutionary Guards Intelligence and other agencies involved in export of terrorism and fundamentalism, ordered them to take further measures to spy on the PMOI and the Iranian Resistance and to set the stage for terrorist acts.

1. The Ministry of Intelligence stations in various European countries were ordered to collect more information from movements and activities and to use more resources.

2. The Ministry of Intelligence and the Quds Force should examine the human, political and technical capabilities and potentials for terrorist acts in European countries, in particular Albania, through the use of non-Iranian mercenaries, such that these actions can be attributed to the “internal conflicts of the Mojahedin (PMOI)” or “natural incidents” and the regime would not be blamed for.

3. To justify the already disclosed terrorist plots and scandals in Albania and France (April and July 2018), it is imperative to add to the dimensions of the psychological warfare and the demonization campaign accompanied by the massive influx of false information and the production of fake documentaries. In this regard, the Ministry of Intelligence and its agents and mercenaries abroad must cooperate with the cultural advisers of the regime in European countries, the overseas directorate of the State Radio and Television, the Islamic Propaganda Organization and other relevant organizations. The priority is to employ the hirelings and mercenaries of the regime, especially non-Iranian agents who can carry out their mission under the cover of journalism.

4. The Ministry of Foreign Affairs, the Ministry of Intelligence, and the Quds Force have been ordered to press upon European governments, especially Albania, to curtail the activities of the Iranian Resistance. This task should be done through friendly “governments and parties” in the region, Europe and the Balkans, using political and economic relations.

5. The regime’s mercenaries and agents should be dispatched to Albania and used under the pretext of PMOI family members. The Ministry of Intelligence and the Quds Force are required to send their agents, with the help of some so-called non-governmental organizations, in groups under the pretext of the “Family members of the Mojahedin”, with the same pattern of their actions in Ashraf and Liberty.