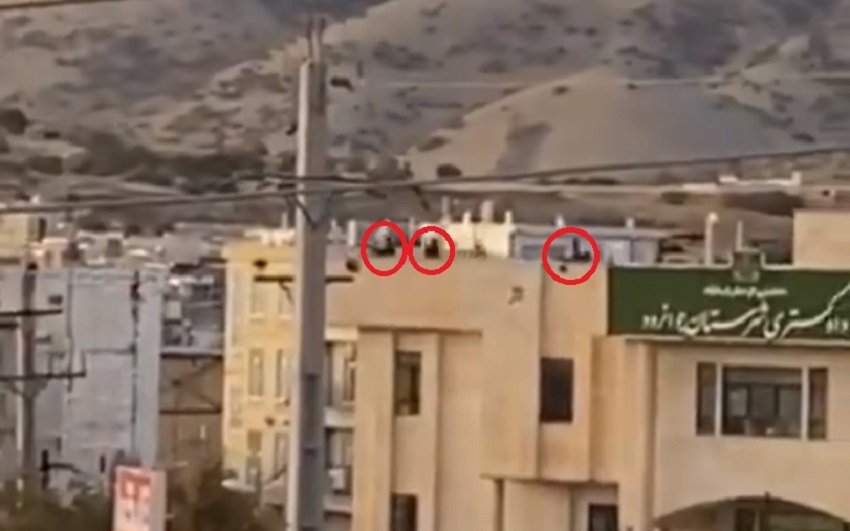 The Iranian regime’s State Security Force (SSF) and the IRGC, as well as Intelligence Ministry and plainclothes agents, have engaged in the indiscriminate k in Various Parts of the Country pic.twitter.com/uIttKXQPfU

In Kermanshah (west) and Shiraz (south-central), suppressive forces attacked hospitals Monday night, taking away the bodies of those killed and the wounded protesters. In Kermanshah, authorities are demanding 500 million Tomans ($38,000) to hand over the bodies of the dead. Young people torched dozens of state-banks and an IRGC center of plunder, attacking three police precincts in the city.

In Fardis, near Karaj, the city’s Communication Department and a secret paramilitary Basssij base were set ablaze. In Mehrshahr, young people torched a center of plunder. Three suppressive agents were killed in clashes with the protesters.

In Qa’emshahr, young people have lit tires in the city center and clashed with the anti-riot forces, in which several were detained.

Mrs. Maryam Rajavi condemned the attack and urged the youth to rise up in support of the residents On Sunday morning, January 24, 2021, the...
Read more
Statements: Iran Protest

Torching Qassem Soleimani's banners in Tehran and Kerman torched On January 18, 2021, an ill and elderly mother died in hospital after being attacked and...
Read more
Statements: Iran Resistance