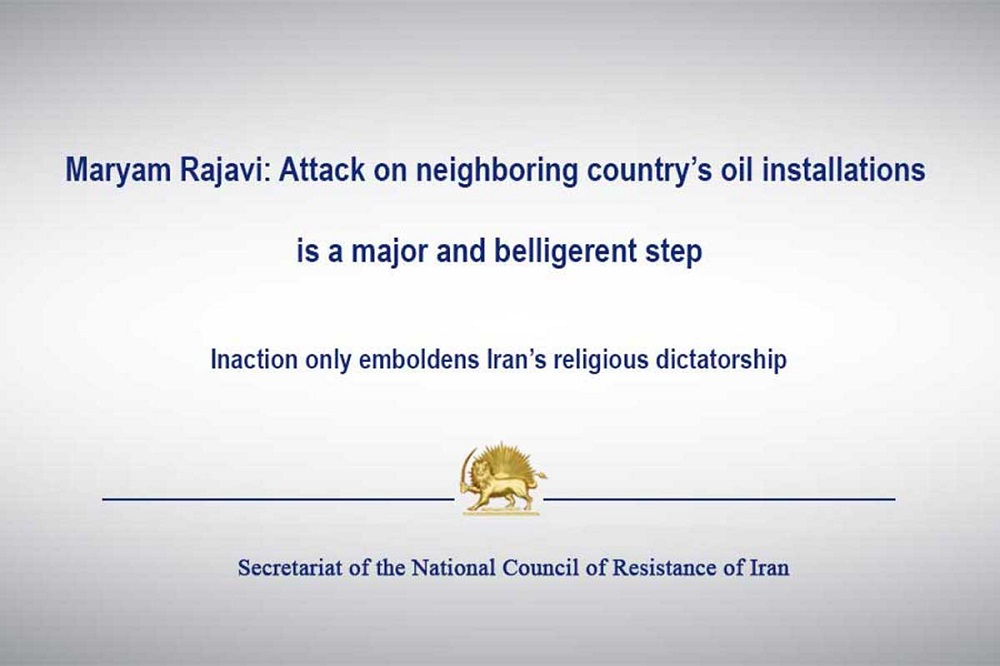 Statement by the President-elect Maryam Rajavi, about the Iranian regime's attack on Saudi Oil facilities.

The clerical regime’s simultaneous missile and drone attacks from inside #Iran on oil installations in Saudi Arabia is an act of war. #FreeIranhttps://t.co/aBFN3HndB6 pic.twitter.com/6wGXVcanaS

The decisive solution to rid the Middle East of all its crises caused by the religious fascism in #Iran is the change of the illegitimate regime by the Iranian people and their organized Resistance. #IranRegimeChange #FreeIran https://t.co/aBFN3HndB6