Mrs. Maryam Rajavi, the President-elect of the National Council of Resistance of Iran (NCRI) attended ceremonies marking the birth of Jesus Christ in Metropolitan Archdiocese of Tirana- Durres on Tuesday, December 24, 2019.

In remarks congratulating Christmas, George Antonio Frendo, Archbishop of Tirana and Duress, said: “Hail to you Mr. President. I am delighted to see you among us. We are honored by your attendance at this magnificent celebration. And I hail you Mrs. Rajavi, representing the Iranian community in our country. We pray for those in your country, who are oppressed, and enduring pain and suffering.” 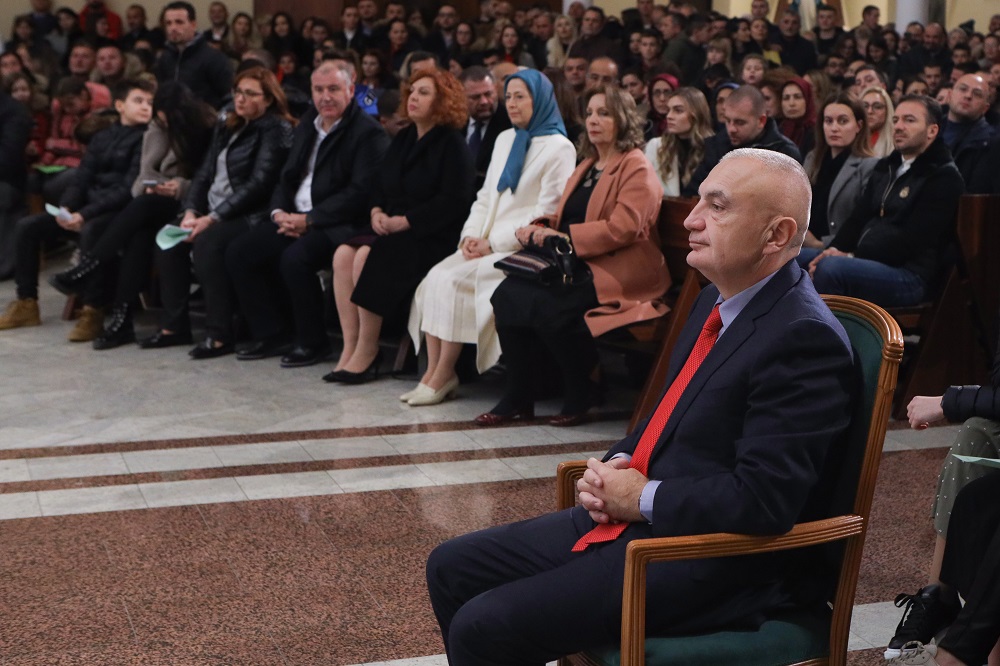 Mrs. Rajavi extended her gratitude to Archbishop Frendo and presented him with a book containing the list of 20,000 martyrs of the People’s Mojahedin Organization of Iran (MEK). She said that the Iranian people were paying the heaviest possible price in their struggle to rid Iran of the religious fascism ruling Iran. 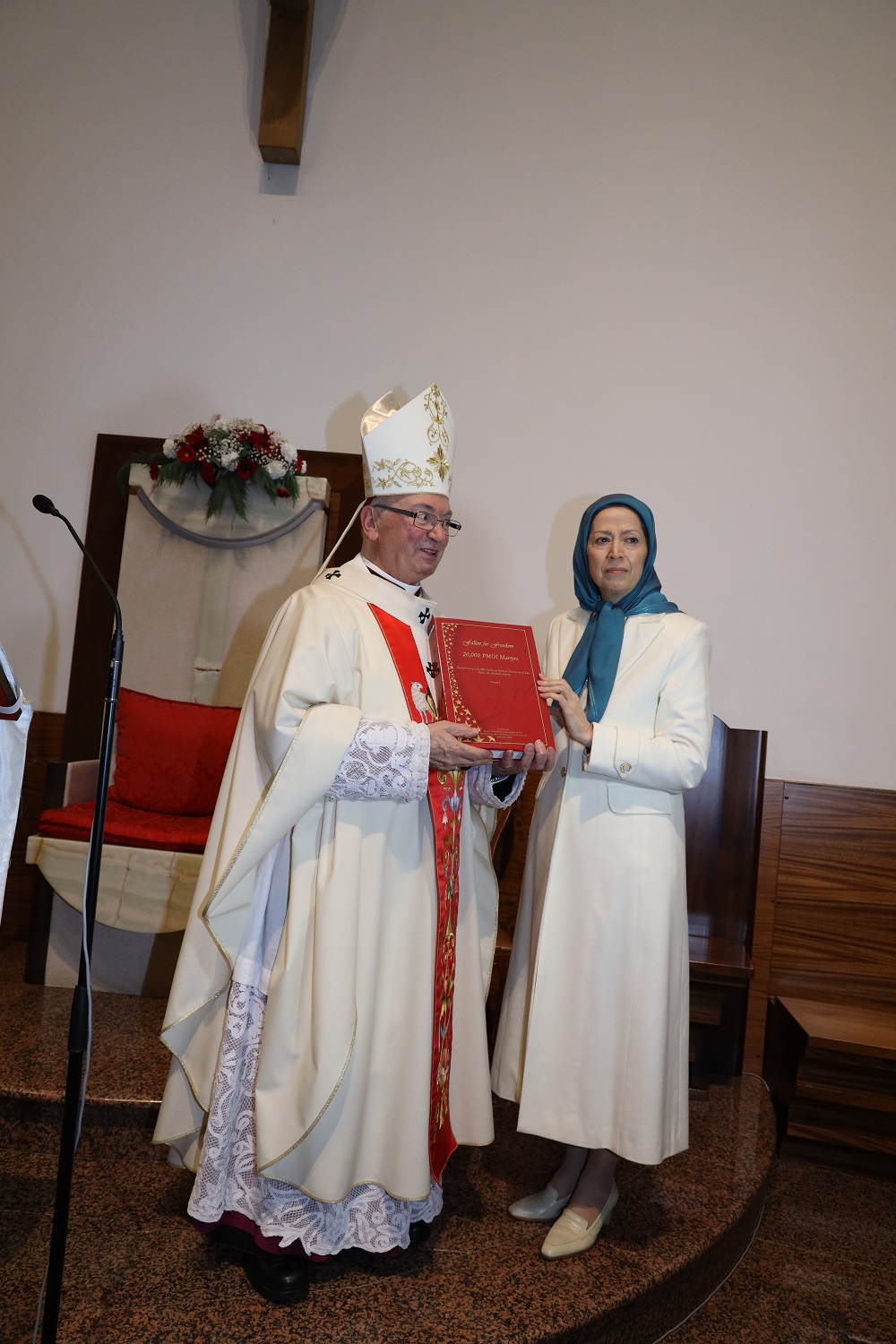 Mrs. Rajavi expressed hope that in the future Iran, all sectors of Iranian society, regardless of their religions and traditions, or their ethnicity and nationality would live side-by-side in freedom and equality. 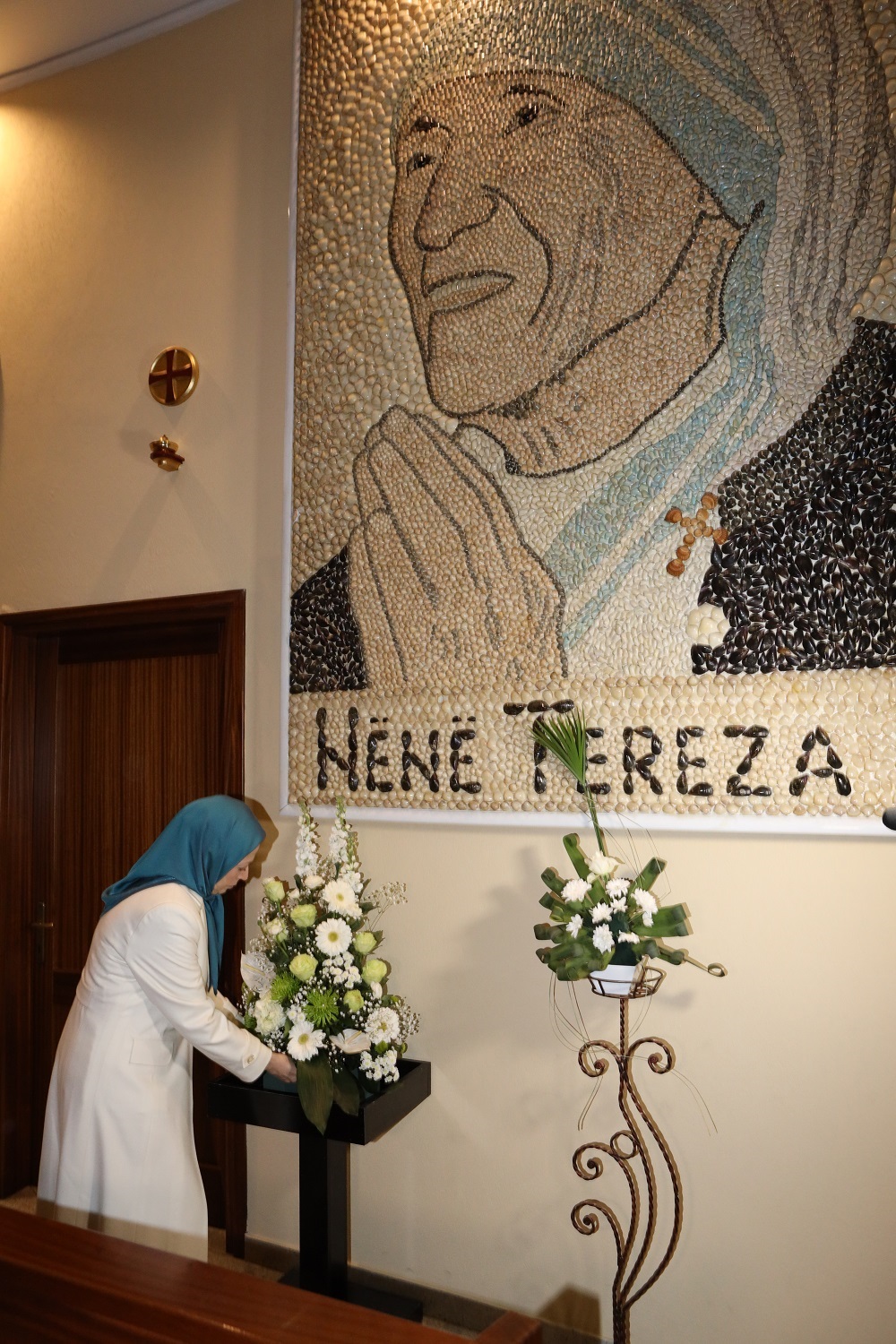 Several Albanian leaders and distinguished personalities, including President Ilir Meta, Monika Kryemadhi, the leader of the Socialist Movement for Integration Party and the President’s wife, Ms. Elona Gjebra, Secretary for the Foreign Relations Committee of the Parliament and former Deputy Interior Minister, and Ms. Diana Culi, the renowned Albanian author, attended the ceremonies.

In remarks congratulating #Christmas,Archbishop of Tirana &Duress, honoring President @ilirmetazyrtar for his attendance at the celebration, also hailed Mrs.@Maryam_Rajavi, said:”We pray for those in your country, who are oppressed, and enduring pain and suffering.”#IranProtests pic.twitter.com/xk8v1Sabqt