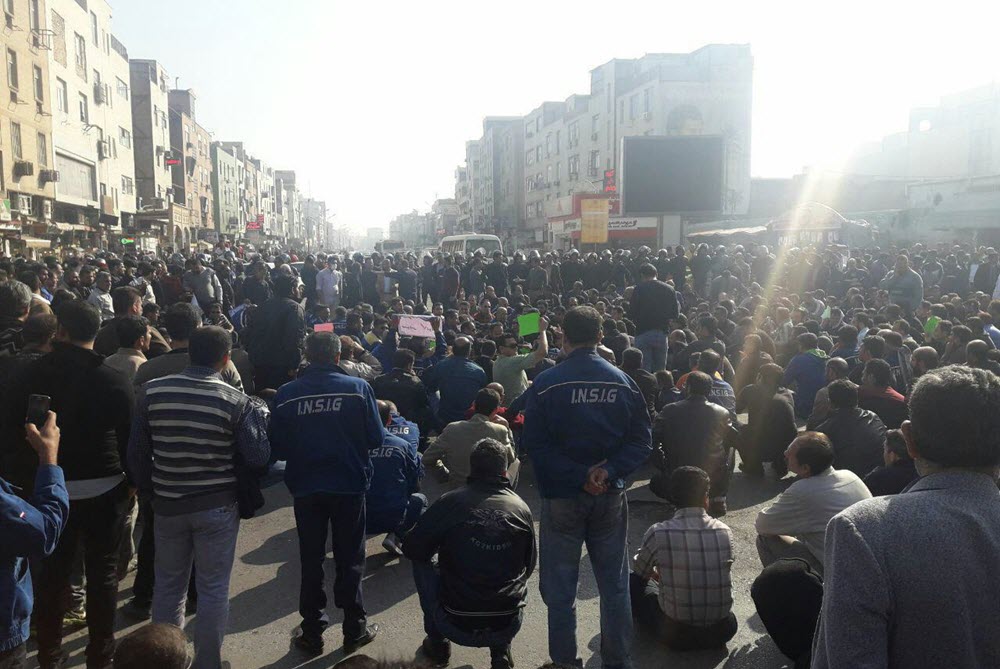 The intelligence and security agents of the clerical regime raided homes of representatives of workers of Ahvaz Steel National Industrial Group on Sunday evening, December 16, and arrested 11 of them.

The special units of State Security Forces and other repressive forces as well as water cannons were stationed in front of the governor’s office, the judiciary and other sensitive locations in Ahvaz on Monday morning to prevent the continuation of protest by the workers and to force them to end their strike.

But the courageous workers of Ahvaz Steel factory ignored the repressive measures and resumed their strike for the 38th day. They protested in the central streets of Ahvaz while other strata in the city expressed their support. The workers, in a statement warned about the repressive measures and called for immediate release of the detained workers.

The protesting workers chanted: “Imprisoned workers, we support you” and “Imprisoned workers must be freed.” The union of Tehran and Suburbs Public Bus Drivers in a statement strongly condemned the arrest of Foolad Ahvaz workers and called for their release.

The Iranian resistance strongly condemns raiding homes of the workers who have been protesting for their most basic rights. It calls on all workers, students, and the youth, in particular those in Ahvaz and Khuzestan Province to express their support for the striking Ahvaz Steel workers and to join them. The Iranian resistance calls on all international human and Labor rights organizations, and labor unions and associations in all the countries to express their support for the striking workers in Iran and to demand immediate release of all the arrested workers.

Protesters shot, injured and arrested On Saturday morning, the people and youth of Ahvaz in Khuzestan Province closed the Ahvaz-Mahshahr highway to protest the...
Read more
Statements: Iran Protest

Iran: Resistance Units and Supporters of the MEK Install Banners of the Resistance Leaders, and Distribute Their Messages Calling for Protests and Uprising

The army of the hungry, onward to rebellion and uprising In recent days,  the Resistance Units, and youth supporting the Mujahedin-e Khalq (MEK / PMOI)...
Read more
Statements: Iran Protest

In the early morning hours of Saturday, May 16, 2020, defiant youths in Shahrekord (Kiar) targeted the mullahs center of plunder in the city....
Read more
Search