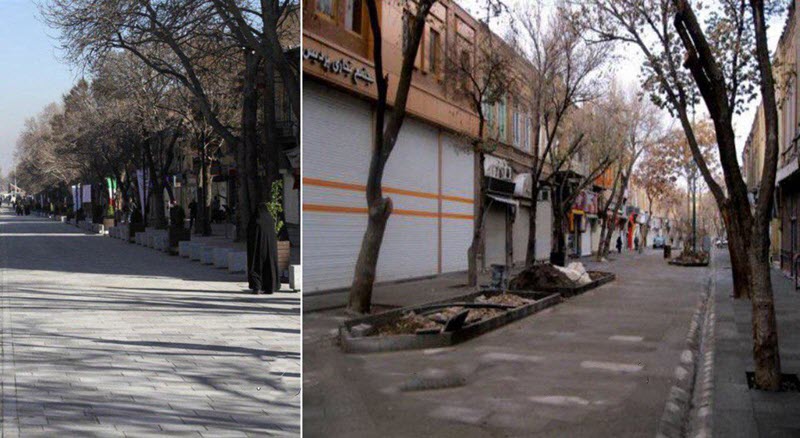 Ms. Rajavi: Supporting strikers is a patriotic duty and as a protection of the rights of all people

Today, November 6, 2018, the strike of market merchants in large parts of Tehran and many other cities of Iran continued for the second consecutive day in spite of repressive and deterrent measures of intelligence and police forces.

Truck and heavy vehicle drivers, on the other hand, continued their sixth day of the fourth round of their strikes today. In addition to Tehran, the strike included many provinces including Isfahan, Hormozgan, Zanjan, Golestan, Kermanshah, Kerman, West Azarbaijan, Central, Khorasan Razavi and Yazd.

Mrs. Maryam Rajavi, President-elect of the Iranian Resistance, saluted the striking drivers, farmers and merchants, calling on all the Iranian people, especially the youth, to support them, and said that the restoration of the rights of the strikers is the protection of the rights of all the people of Iran and an urgent national and patriotic duty. She called on all international human rights organizations, relevant syndicates and trade unions across the world to support striking drivers, farmers and merchants in Iran.