On Monday evening, July 26, 2021, on the twelfth day of the uprising, large-scale demonstrations were held in Fardis, Karaj, with the slogan “Death to the dictator,” supporting the Khuzestan uprising. One of the protesters, who had raised a placard in support of the Khuzestan uprising, shouted: “Khuzestan has so many resources, oil and gas, where is all of this being spent?” And the crowd shouted in response: “Lebanon, Gaza.” During the demonstration, the people of Karaj chanted slogans, including, “Proud Iranians join us in support,” “Iranians will die, but will not accept humiliation,” “From Karaj to Khuzestan, let’s unite,” “Do not be afraid, we are all together.” Chanting “Death to the dictator” repeatedly, the defiant youths in Karaj also reiterated that “Unless we obtain our rights, these protests will continue every night.” When the State Security Force (SSF) attempted to arrest one of the protesters, the crowd protested by shouting slogans.

Secretariat of the National Council of Resistance of Iran (NCRI)
July 27, 2021 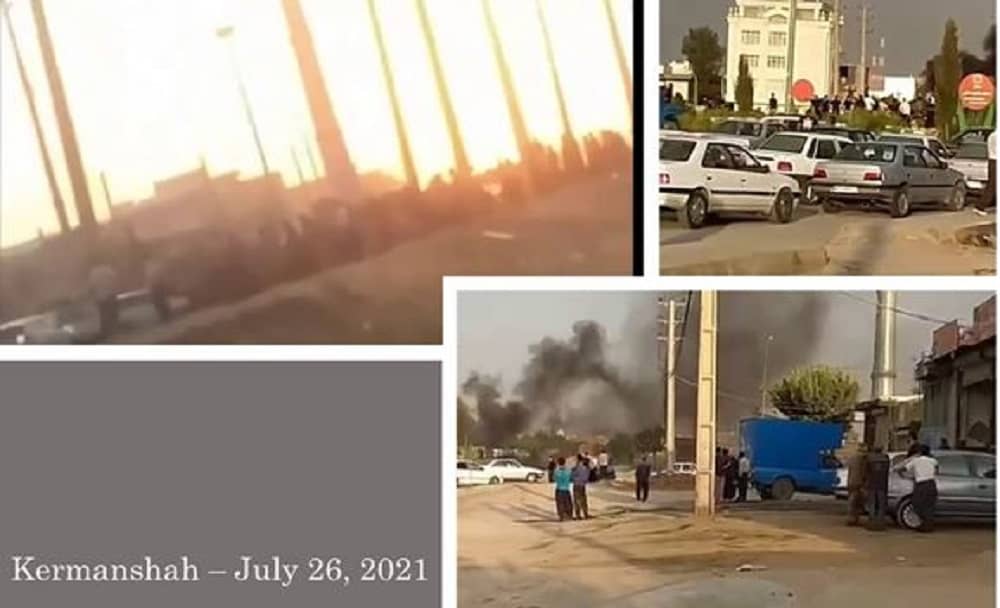