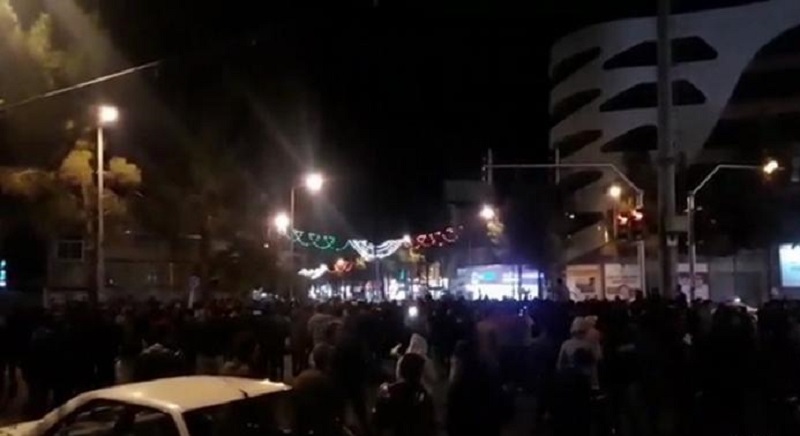 As Iran’s uprising spreads to 75 cities, defiant protesters in the city of Robat Karim – south of Tehran – took over the city hall, controlled the city, forcing the suppressive police forces to flee.  Centers of suppression and plunder in the city, including 12 banks, have been set ablaze by the young protesters.

Protesters in Tehran Pars overturned a police bus and set it on fire. The city hall of Salehiye in Tehran was attacked by insurgent youth. Protesters shouting “Death to Bassiji” attacked and burnt down the Kosar Pazand Bank, another center for regime plunder. In the southern district of Mallard in Tehran, protesters set fire to another petrol station.

Protesters in Khorramabad attacked the regime’s radio and television station in the city and broke all windows. They set several state-owned banks on fire or broke their windows.

Protesters in the major cities of Shiraz and Isfahan have blocked major squares and set up bonfires. Two Bassij (regime paramilitary forces) bases in Khayam Street in Shiraz were set on fire. In Isfahan’s Shahin Shahr the people chanted, “Fear not, we are all together.”