The second week of Iran protests for water- No. 11

Demonstrations in front of Ahvaz Governor’s Office, Alhaei Ahvaz, Lali, and the city of Horr

While Khuzestan’s uprising enters its second week, other cities and provinces have risen up in support. Thursday night, the people and youth of Aligudarz (Lorestan Province) gathered after setting fire in Shohada Square in the city center. The regime’s repressive forces fired tear gas to disperse the crowd. Facing resistance, they opened fire on the crowd, killing and wounding several protesters. However, the defiant youths pushed back the State Security Force (SSF) and the special units by resisting and throwing rocks while chanting “Death to Khamenei.” The skirmishes continued until late at night.

Thursday night, the people of the city of Horr in Dezful protested by burning tires and closing the city’s main road. The youth of the Alhaei region (north of Ahvaz) also demonstrated on the Ahvaz-Shush highway. The rebellious youth in the Daghagheleh area of Ahvaz staged demonstrations against water shortages after blocking the highway. A group of women from Ahvaz gathered to protest against the water shortages in front of the governor’s office. They chanted, “They wanted to humiliate us, but we were not humiliated” and “We sacrifice our lives for Karun” (Karun is the main river in Khuzestan, which many extensions have been taken from it for IRGC owned industries, causing severe water shortages). At the same time, the youth of Lali (northern Khuzestan) joined the Khuzestan uprising, chanting, “All of the people of Khuzestan will rise up against oppression.”

Secretariat of the National Council of Resistance of Iran (NCRI)
July 23, 2021 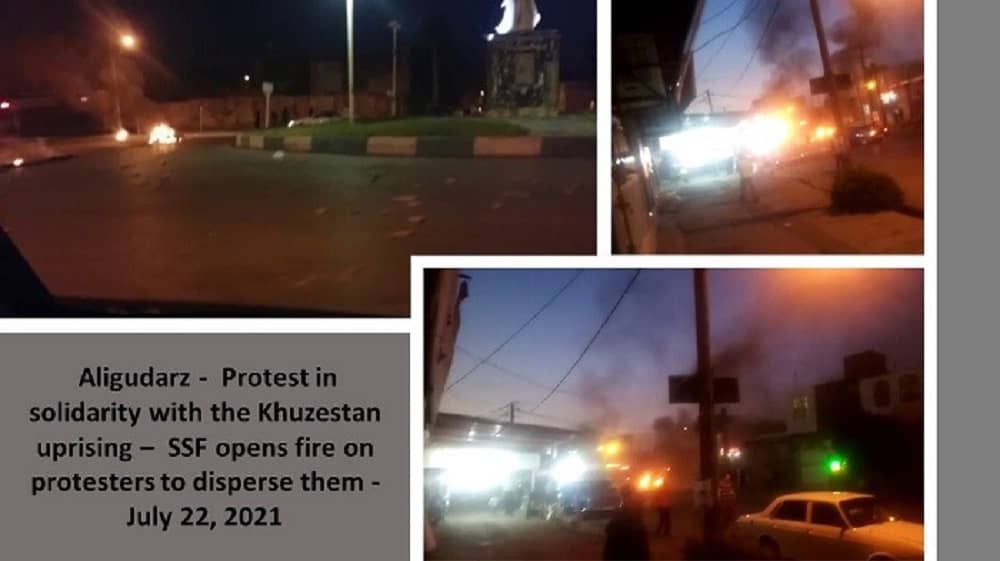 Iran: On the 16th Day of the Nationwide Uprising, Protests in Dozens of Cities, in Over 45 Universities