Iran: Workers’ Day Demonstration With the Slogan: “Detained Workers Should Be Released”; Further Arrests in Tehran and Saghez 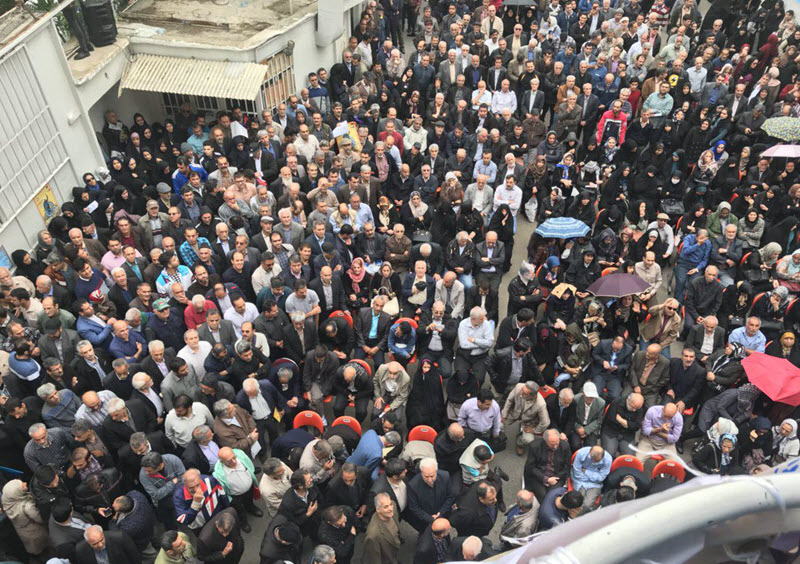 On Tuesday, May 1, thousands of workers, retirees, and other deprived people gathered and marched in front of the Majlis on the occasion of the International Workers’ Day and in protest of their dire livelihood. They chanted: “Detained workers should be released”; “Bread, housing and freedom is our absolute right”; “Astronomical salaries and public misery”; “Social security is our absolute right”; “Worker, teacher, student; United, United”.

Repressive forces attacked the workers’ rally in front of the Majlis and a number of the protesters were arrested.

Meanwhile, a large crowd of workers rallied towards the regime’s ‘Worker’s House’ in Tehran to express their protest by chanting “Death to the oppressor, hail to the workers”. One of the banners carried by the workers said, “Social security is the worker’s absolute right”; “we warn the Minister of Health to abandon the workers’ fund- the workers and retirees of Pakdasht.”

Workers, shopkeepers and merchants of Baneh continued their strike for the 17th day in protest of blocking border crossings and increasing customs tariffs.

The workers and the people of Saghez staged their gathering on the International Workers’ Day at Chami Vally Khan Square which was attacked by the repressive forces and local mercenaries. The attack led to clashes. A number of protesters were arrested.

In Marivan, the workers gathered on the occasion of the International Workers’ Day at Shabrang Square.

In Isfahan, the retired workers of Isfahan Steel Company gathered outside the Pension Fund building to protest against their dire livelihood conditions and the regime’s failure to address their problems.

In order to prevent the Workers’ Day demonstration in Sanandaj, the regime’s intelligence service summoned a number of activists on April 30 and warned them to not hold the Workers’ Day ceremony.

Secretariat of the National Council of Resistance of Iran
May 1, 2018