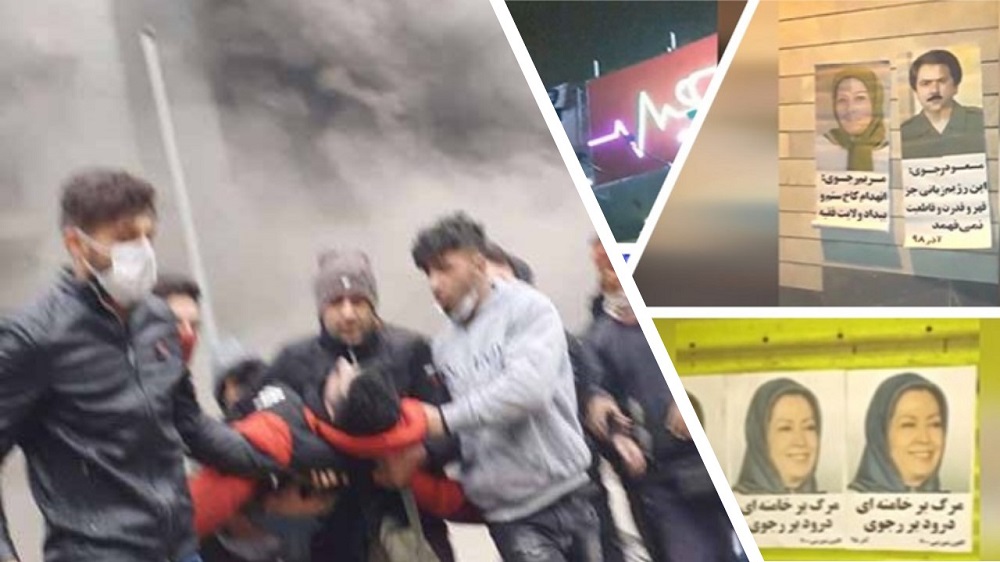 Despite a brutal crackdown by Iranian security forces,  regime’s suppressive measures, including the state of alert among its security forces, Resistance units posted pictures &messages of &@Masoud_Rajavi the Iranian Resistance’s Leader, in different parts of Tehran. pic.twitter.com/1QkLscwbzs

“The same day, December 8, pictures and messages of the Resistance’s Leadership were also posted in several cities, including Kerman (south-central), Ahvaz, Abadan, and Masjed Soleiman (southwest), as well as Lahijan and Rasht (north), and Zanjan (northwest),”

The NCRI’s statement said that the banners posted by the resistance units were the messages of the Resistance’s Leadership. Some of the banners read, “The end of the Supreme Leader’s oppression and injustice is near,” “Uprising continues. The only answer to the Sheikh is fire,” “Overthrow of the anti-human regime is certain,” “Death to Khamenei, hail to Rajavi,” “Rebellious youth made life like hell for you,” “Turn every alley and street into a bastion of uprising and revolt,” “UN Security Council must declare the regime’s leaders as criminals against humanity for suppression and bloodshed so that they face justice.”