Iran: Activities of the Resistance Units and MEK Supporters in Support of the Isfahan Uprising and the Teachers’ Uprising

The messages on the banners and placards read: “We support the uprising of the heroic people of Isfahan, death to the dictator,” “Death to Khamenei, long live freedom,” “Down with Khamenei, hail to Rajavi,” “Iranians are vigilant, they loathe the Shah and the mullahs,” “Death to the oppressor, be it the Shah or the leader (Khamenei),” “The uprising continues until the dictator is overthrown,” “Massoud Rajavi, (the Leader of the Iranian Resistan): The overthrow of the inhuman regime is inevitable,” “Massoud Rajavi: The thirst of the Iranian people for freedom and water will only be quenched with their uprising and the overthrow of the clerical regime,” “Massoud Rajavi: No force can defeat the youth and a nation who have risen up,” “Maryam Rajavi: Hail to the freedom-loving and defiant teachers, hardworking teachers’ protests will be supported by all sectors of the Iranian people,” “Maryam Rajavi: Iran must be taken back from its criminal rulers,” “Maryam Rajavi: It is possible to liberate our occupied homeland true protests and revolts,” “Maryam Rajavi: Hail to the brave students who are taking the path of struggle and revolt,” “Maryam Rajavi: Our people have decided to liberate this most beautiful homeland.”

Secretariat of the National Council of Resistance of Iran (NCRI)
December 17, 2021 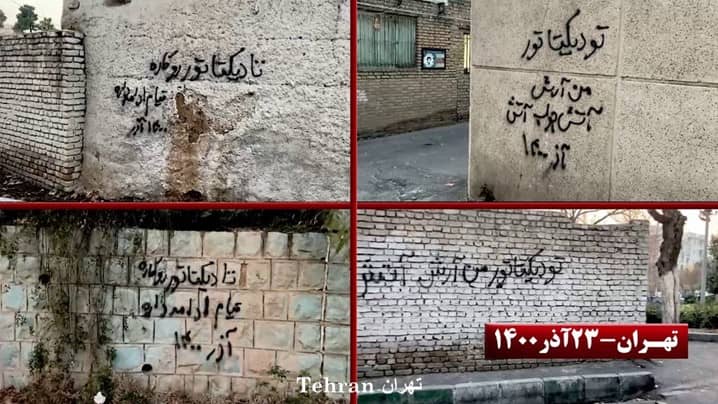 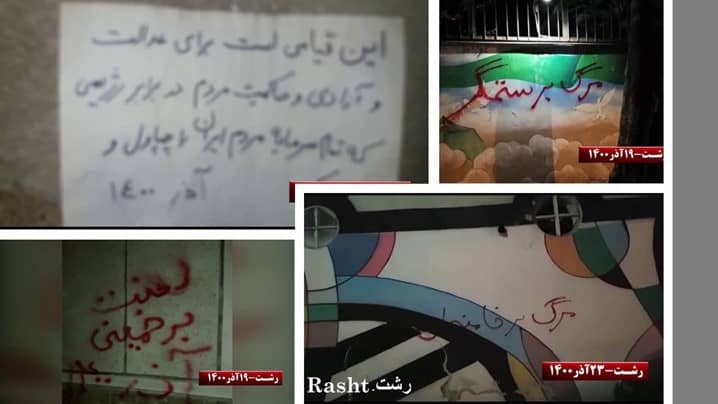