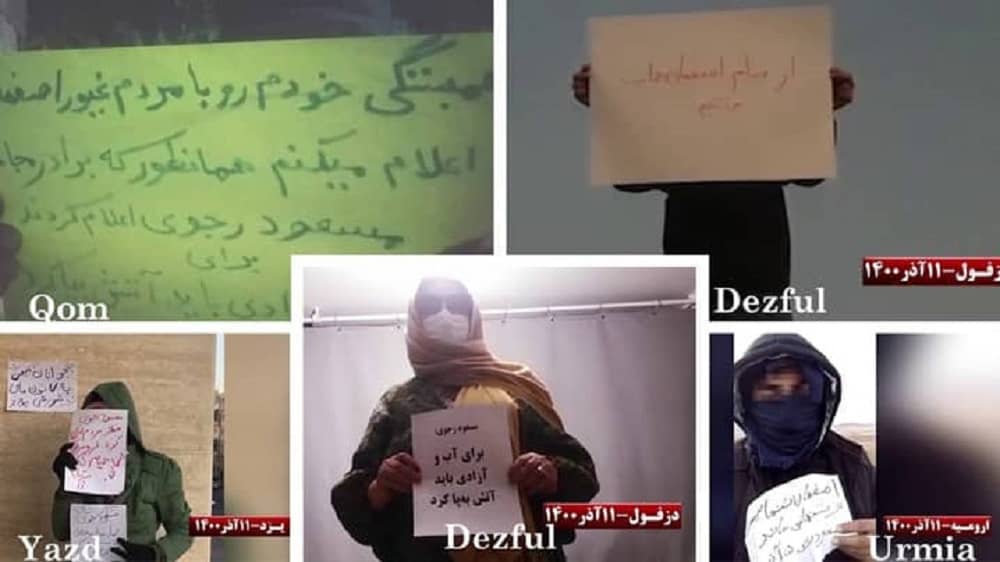 “Isfahan is not alone and will not be left alone”

Following the uprising by the people and youth of Isfahan in support of farmers and their protests for the right to water from Zayandeh Rud river, last week, supporters of Mujahedin-e Khalq (MEK/PMOI) and Resistance Units expressed their solidarity with the uprising, by posting banners and placards in different cities across the country.

The slogans on the banners and placards read: “Maryam Rajavi: Our people have decided to liberate this most beautiful homeland,” “Maryam Rajavi: This is an uprising for freedom and for regime change,” “The enemy of Isfahan and Zayandeh Rud is the despicable velayat-e faqih regime,” “Maryam Rajavi: The uprising’ martyrs made the ultimate sacrifice for freedom,” “Massoud Rajavi: The water has been taken away by the mullahs and the Revolutionary Guards. The thirst of the Iranian people will only be quenched by their uprising and the regime’s overthrow. It’s time to stand up,” and “Massoud Rajavi: Those who struggle for water and freedom throughout Iran, must rise up now.”

Secretariat of the National Council of Resistance of Iran (NCRI)
December 5, 2021 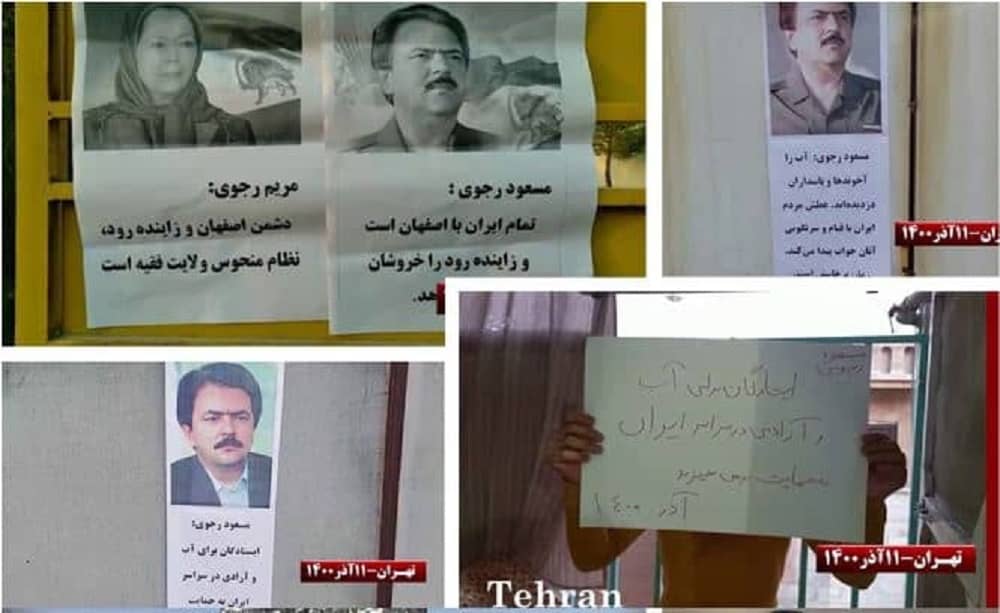 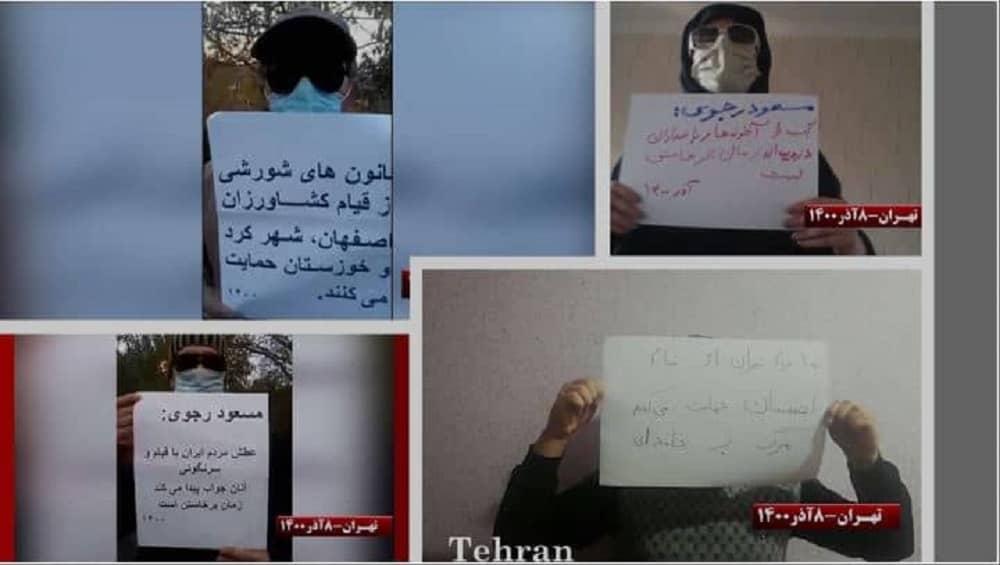 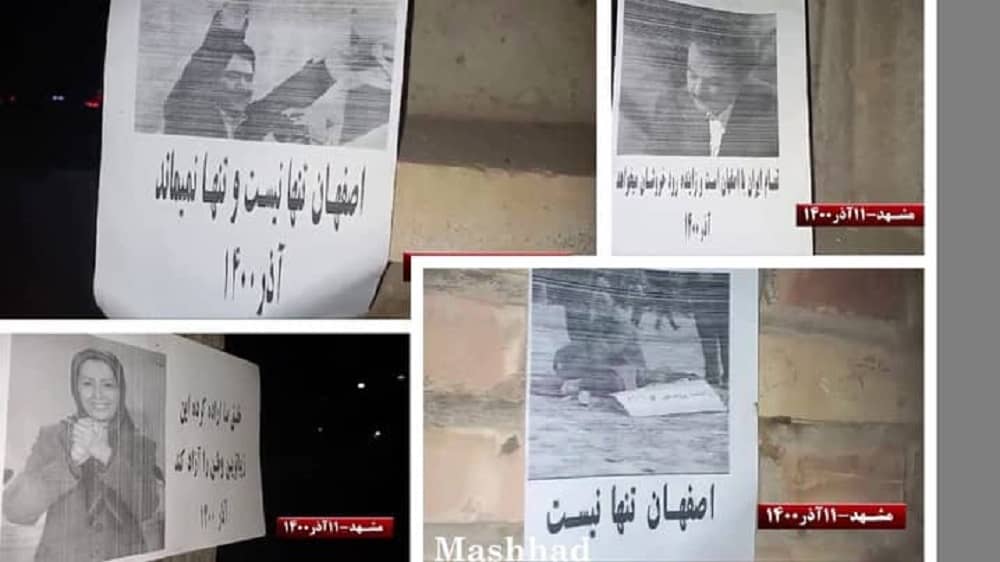 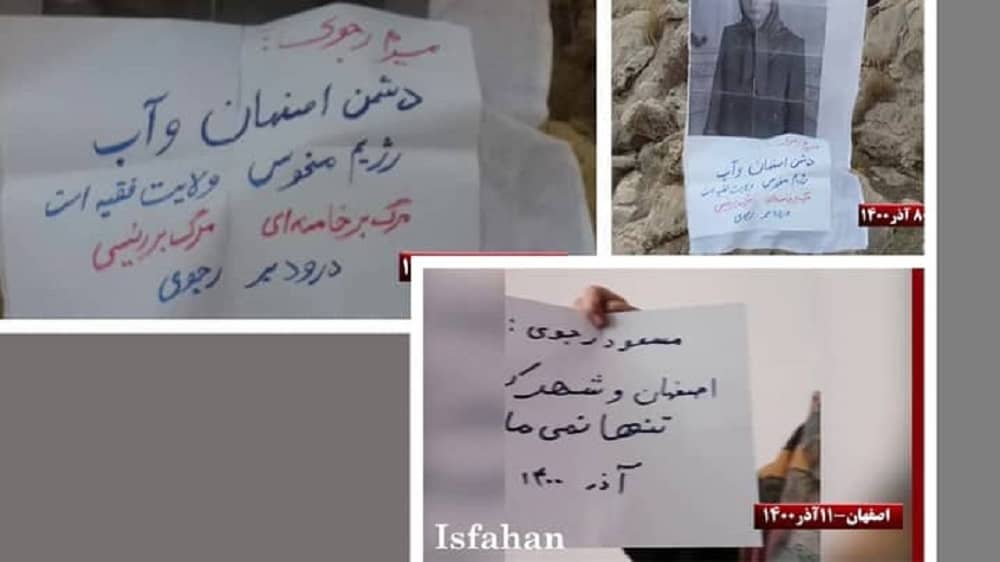 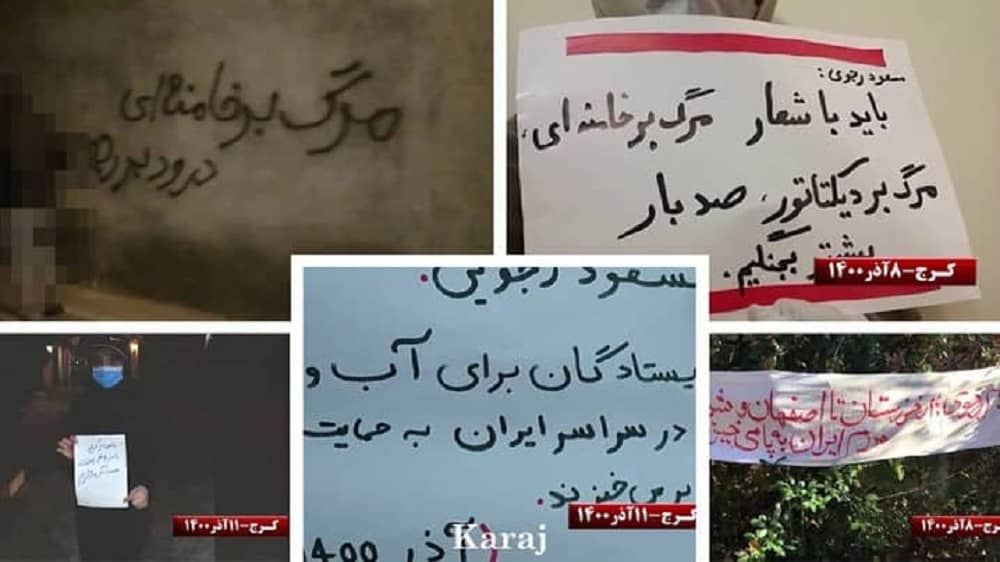 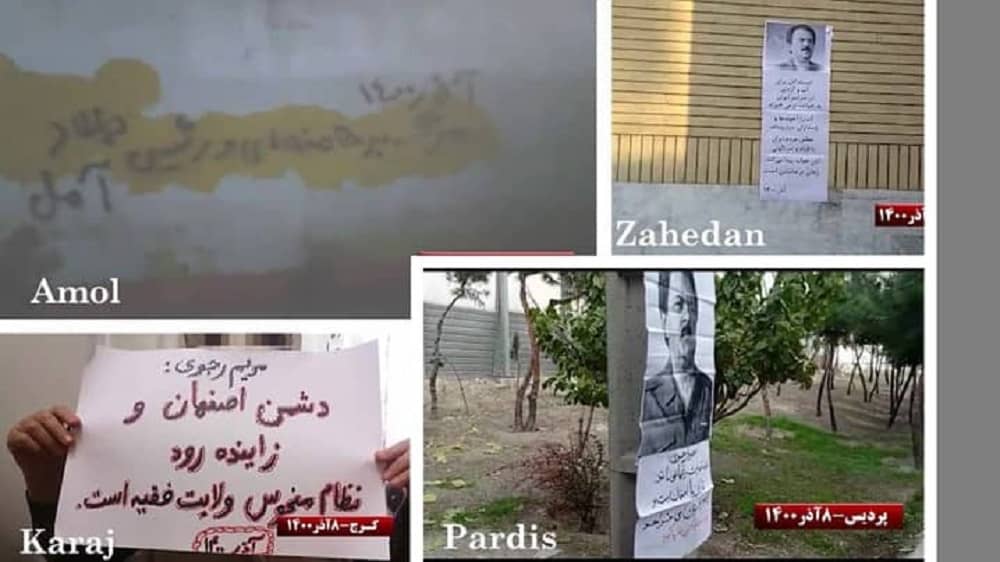 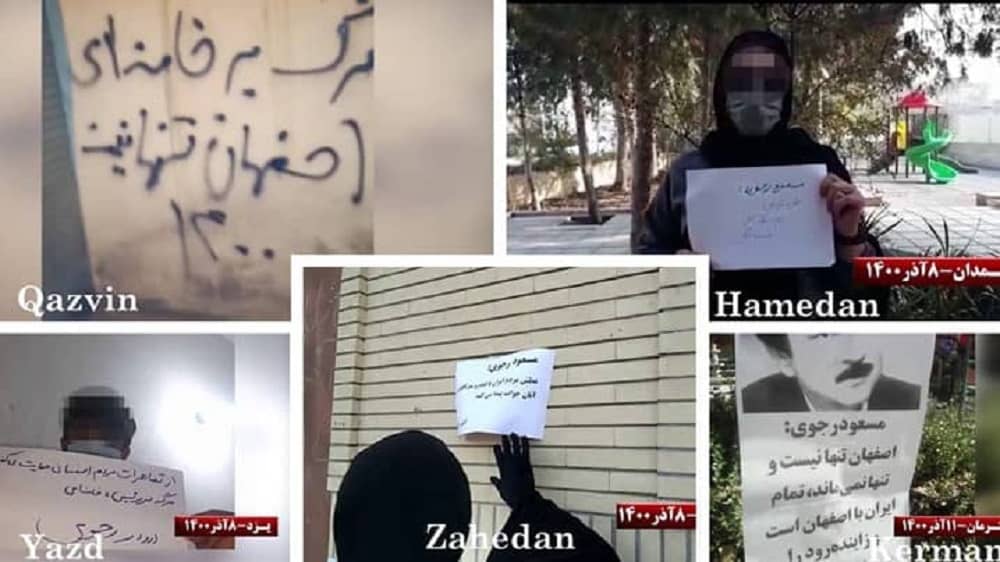