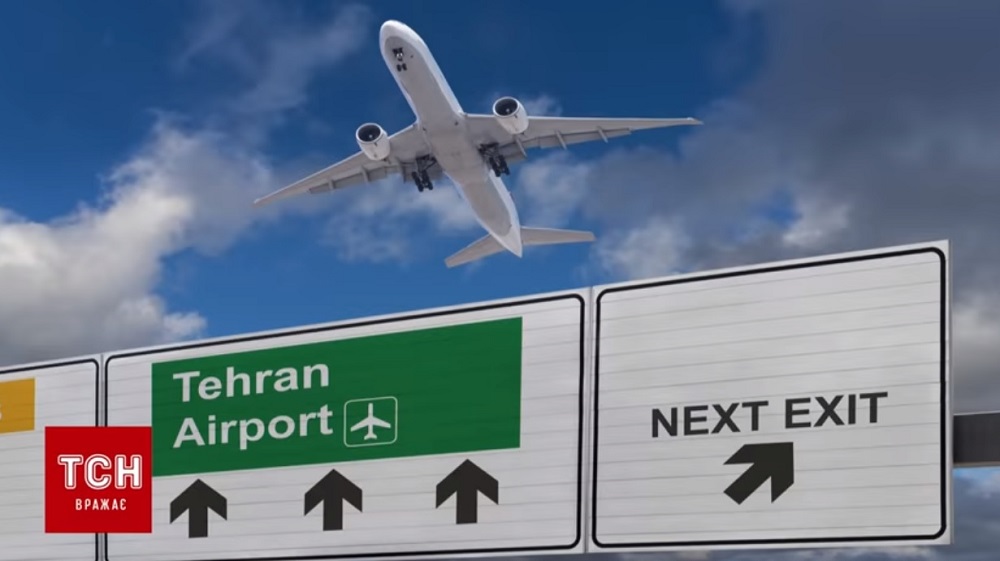 The conversation was simultaneous with the departure of the Ukrainian International Airline flight 752. During the conversation, the co-pilot reports the firing of two missiles and a huge explosion in the sky to the control tower. Recognizing that the issue was related to flight 752, the control tower tries to contact the pilots nine times, but to no avail.

The disclosure of the audio makes it clear that the control tower, and by extension the regime’s Civil Aviation Organization (CAO), had been immediately informed of the shooting down of the Ukrainian passenger jet. The CAO is an agency of the Ministry of Roads and Urban Development. There is no doubt that Hassan Rouhani was notified of the cause of the crash through government channels. But he waited 72 hours before admitting this horrific crime. His spokesman, a former deputy intelligence minister, Ali Rabiee, falsely claimed that the government was told of the cause of the crash on the afternoon of January 10, 2020.

On January 11, IRGC Brig. Gen. Amir Ali Hajizadeh, the Aerospace Force commander, said that on the morning of Wednesday, January 8, immediately after the downing of the plane, he had informed “officials” that the plane had been shot down by friendly fire. This means Khamenei had been informed of the incident shortly thereafter.

Khamenei and Rouhani, therefore, directed an extensive cover-up to conceal, lie, and mislead the public and the international community at all levels of the regime with complicity of all its factions. The IRGC general, the Civil Aviation Chief, the Minister of Roads and Urban Development, and Rouhani’s spokesman claimed one after the other on January 8, 9, and 10, that the crash had been due to a mechanical failure.

Nearly a month later the regime continues to stall and lie, and refuses to hand over the plane’s black boxes to relevant authorities in a bid to prevent the disclosure of the truth about this major crime.

Mrs. Maryam Rajavi, the President-elect of the National Council of Resistance of Iran (NCRI), had called the incident yet another major crime perpetrated by the clerical regime, which the Iranian people will neither forgive, nor forget. The main culprits are Khamenei, Rouhani, and IRGC commanders, who must be prosecuted and punished for this horrific crime.

Previous articleIran: Posting Pictures of Resistance’s Leadership, Torching Soleimani in Tehran, Other Cities
Next articleIran Protests: Demonstrations by Iranians Supporters of the NCRI and MEK Around the World in Support of the Nationwide Uprising

“Our transactions are covert, not transparent. $80 billion in imports and exports are covert transactions; from the day after joining the FATF, front companies...
Read more
Statements