Unprecedented Confession of the Commander in Chief of the Revolutionary Guards 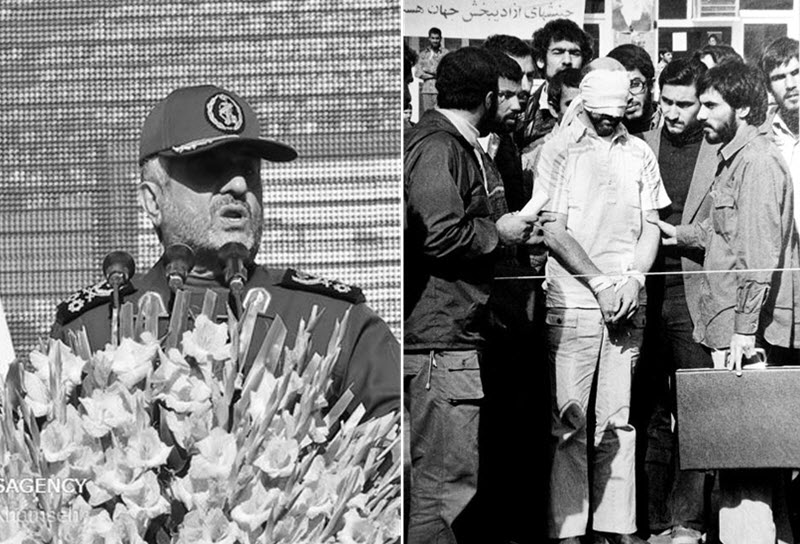 Taking US diplomats as hostage was pre-planned and was approved by Khamenei, Without US hostage taking, the regime was overthrown in the first decade

In his remarks on November 4, Mohammad Ali Jafari, the Commander of the Revolutionary Guards (IRGC), underscored that taking over the US Embassy and hostage taking of American diplomats was pre-planned and totally approved by Khamenei. He stressed if this had not taken place, the regime would have been overthrown in the first decade of its tenure.

Jafari made the unprecedented confession during a speech on the anniversary of taking US diplomats hostage on November 4, 1979.

He said: “According to a highly classified plan, a protest was organized from Tehran University towards the nest of spies (U.S. Embassy) … Only a limited number of students and the University staff knew that an attack to the embassy was planned. When the crowd reached in front of the University, according to the plan, since a limited number of people were cognizant of the plan, amidst all the razzmatazz, all the slogans, and the mood among the crowd, the attack was depicted as being spontaneous and as if it was decided by the crowd and on the scene.”

“Only a handful of the officials and revolutionary figures, and on top of them, the supreme leader, (Khamenei), were totally in support of this revolutionary move,” and if the hostage- taking had not taken place, “undoubtedly our revolution could not last for forty years and it would had been over in the first decade,” Jafari added.

The commander of the IRGC suggested resorting to similar acts as the solution for the regime’s crisis and said: “Similar moves, of course not taking over embassies, this is not what I mean, but this sort of moves, should be conducted for creating stability, for providing more services to the society, for solving economic problems, and in other aspects such as cultural affairs. This is what one can pin his hope on.”

Jafari’s remarks is a clear acknowledgment that the clerical regime has always found the solution in hostage-taking, creating crisis and havoc, export of terrorism, and belligerence and it plans for these acts at the highest levels.