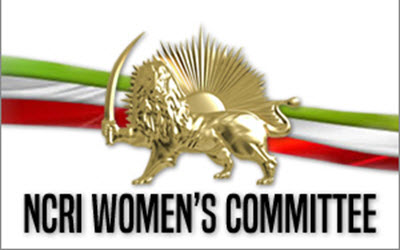 Following the adoption of UNESCO's Education 2030 Framework for Action, which underlines priority of gender equality in education and calls on member states to ensure equal opportunities for women and men, the clerical regime's leaders and officials made comments, vividly demonstrating the medieval and misogynous nature of the regime.

Khamenei, the mullahs' supreme leader expressed his strong opposition to signing the document. He said, "These are not things that the Islamic Republic could shoulder or give in to." (The state-run media, May 7, 2017)

Kobra Khaz'ali, affiliated with Khamenei's faction, said, "One of the West's biggest mistakes in the issue of women is the very concept of gender equality." (The state-run Fars news agency – January 31, 2017)

Mohammad Es'haghi, deputy director of the so-called Supreme Council on Cultural Revolution, also stressed that "the document encourages gender equality" and "we do not believe in gender equality."

According to the document adopted by world leaders and education activists in New York in September 2015, the heads of all member states pledged to undertake the necessary planning beginning on January 1, 2016 to "ensure inclusive and equitable quality education and promote lifelong learning opportunities for all" mobilized all the instruments needed to realize this goal.

The Iranian regime's officials fear this document because they advance their general policies of terrorizing the society and containing social protests through implementation of misogynous policies and repression of women. This is why they will never comply with such international covenants even if they do not have to undertake any executive measures.

The Women's Committee of the National Council of Resistance of Iran recalls the Ten Point Plan proposed by the NCRI President-elect Maryam Rajavi as a platform for a free future Iran. Article 5 of the platform stipulates: "We believe in complete gender equality in political, social and economic arenas. We are also committed to equal participation of women in political leadership. Any form of discrimination against women will be abolished. They will enjoy the right to freely choose their clothing. They are free in marriage, divorce, education and employment."

It is also reiterated in Article 7: "We are committed to the Universal Declaration of Human rights, and international covenants and conventions."

The NCRI Women's Committee calls on all freedom loving women of Iran to unite in solidarity with other discontented sectors to overthrow the religious dictatorship ruling Iran and realize the cause of gender equality in a future free Iran.

The National Council of Resistance of Iran
May 11, 2017