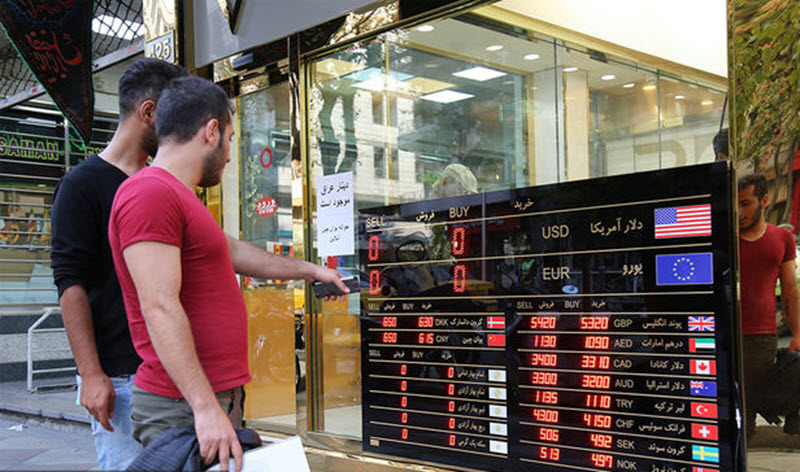 The Iranian Regime has arrested 67 people and threatened them with the death penalty as part of a supposed campaign against financial crime, as the Iranian economy plummets towards bankruptcy, but many have advised that this will not solve the crisis as the corruption in the Regime goes right to the top.

On August 12, judiciary spokesman Gholamhossein Mohseni Ejei said: "Sixty-seven suspects have been arrested, some of whom were released on bail, and more than 100 people including government employees and officials, as well as private employees and others have been given travel bans."

Human Rights Watch (HRW) responded to this with a statement, criticising Iran for its human rights abuse.

The New York-based rights watchdog said: "Executions, an inhumane and inherently irreversible punishment, are never the answer, and in this case can only distract from other causes of this economic turmoil. Today, officials increasingly talk about the need to combat corruption at every level. Yet to do so requires an independent judiciary that ensures due process rights for all those accused."

This announcement came just one day after Supreme Leader Ayatollah Ali Khamenei approved a request from the judiciary to set up special courts for financial crimes.

His statement, as quoted by Iranian media, advised that swift punishments should be imposed on those accused of economic corruption. Notably, the word used was accused and not convicted, which should tell you everything about the Iranian judicial system.

Judiciary head Sadeq Amoli Larijani had proposed previously that new Islamic revolutionary courts, which would be able to try all suspects including those affiliated with the Regime, be set up to impose maximum sentences, including the death penalty, on those "disrupting and corrupting the economy”.

Last month, the judiciary said that they had detained 29 people for "disturbing" Iran’s economy and its "money and currency systems."

Since December, Iran has faced widespread protests against the failing economy and massive governmental corruption, with protesters loudly calling for the Regime to go. These protests were reinvigorated after the US reintroduced sanctions against the Regime last week, following the US withdrawal from the nuclear deal in May. That deal lifted sanctions on Iran in exchange for supposed restrictions on its nuclear programme, which Donald Trump has said were ineffective.

The Iranian Regime, reluctant to admit its own faults, have blamed the US for tanking its economy, despite the fact that the financial situation in Iran was dire for a long time before sanctions were reintroduced. The reason that Iran is in such dire straits is that the mullahs spent billions of dollars supporting terrorist groups, instigating war, and funding their extravagant lifestyles.