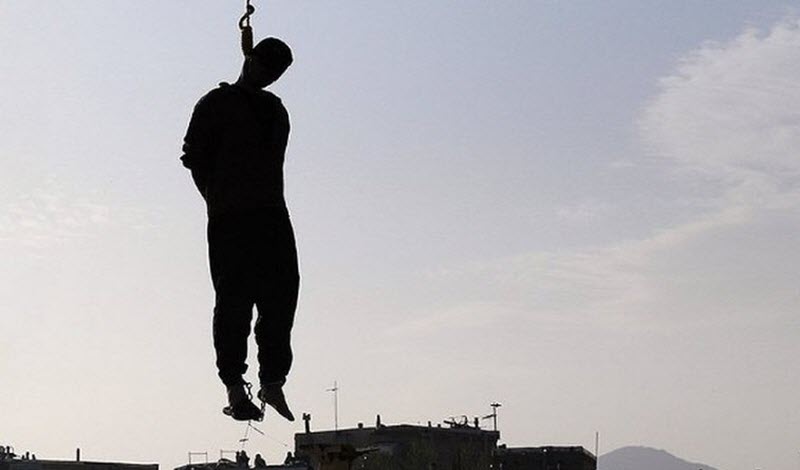 The Iranian regime is known for its suppression of the people of Iran and its blatant disregard of human rights.

International human rights organisations have called on the regime to stop its inhumane treatment of prisoners, its medieval forms of punishment, its repression, its censorship, and so on.

Human rights activists in the country have shared the reality of life under the regime by sharing a video of a man being hanged from a crane in front of the public. The harrowing video has been shared a number of times.

A social media user pointed out that the footage is not of ISIS activity in Mosul or Syria, rather it is in Iran where people are forced to watch a young man be executed in public. This is not a one-off or an extreme situation.

The incident is said to have taken place last week in Marvdasht, a city in the south of the country. The man in the video is said to be a 26-year-old man who has been imprisoned since the age of only 13.

#Iran Regime Continues Executions
A social media user pointed out that the footage is not of ISIS activity in Mosul or Syria, rather it is in Iran where ppl are forced 2watch a young man be executed in public. This is not a one-off or an extreme situation. https://t.co/XtCdBsMMs9 pic.twitter.com/UaVTzgb9fN

People in the background can be heard screaming – presumably family members of the young man.

Executions like this are unfortunately carried out very frequently. Women, men and young people receive the same treatment and the death penalty is handed out for minor crimes and drug-related activity.

As well as receiving the death penalty for minor crimes, prisoners have often been subject to a grossly unfair trial.

Last October, a new law was adopted in Iran with regards to drug-related sentences resulting in the death penalty. The quantity of drugs allowed for the dealt penalty was raised. It did, however, retain the death penalty for other drug-related crimes. And there have also been executions carried out since the law was passed last year.

Other “crimes” or “offences” that can result in execution in Iran include “spreading corruption on earth”, “insulting the Prophet” and “enmity against God”. Mohammad Ali Taheri, a spiritual leader and founder of the spiritual group Erfan-e Halgheh, became a prisoner of conscience when he was put in jail for “spreading corruption on earth”. Although the Supreme Court overturned the death sentence, he remains in jail.

The execution of young people who were under the age of 18 at the time of their crime is something that happens routinely in the country too. Even if there is a retrial (because of Article 91 of the 2013 Islamic Penal Code), it has often resulted in the same outcome. There are dozens of people on death row that committed a crime as a minor and there are grave concerns that they will be imminently executed.

Iran is one of the countries with the highest rates of execution per capita in the world. Death penalty activists have even been imprisoned.