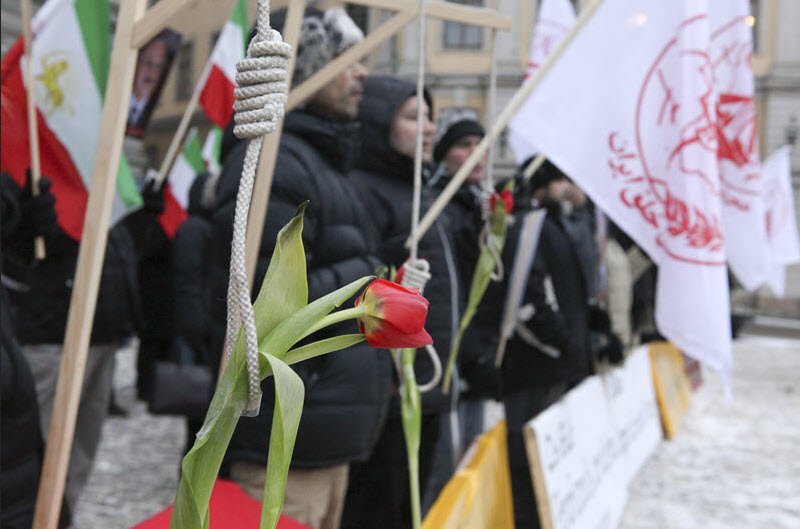 The 1988 massacre in Iran is one of the most horrific atrocities of recent times. During the summer of that year, the then-Supreme Leader of Iran issued a fatwa ordering the execution of political prisoners and dissidents. Around 30,000 people were executed, most of them members of the People's Mojahedin Organization of Iran (PMOI/MEK) – the main opposition to the Iranian regime.

Special so-called “death commissions” were set up and political opponents to the regime were killed. Anyone affiliated with the opposition was executed. The incident has been described as the most atrocious crime against humanity since the Second World War.

Human rights organisations from around the world, activists and the people of Iran have been campaigning for justice for those that lost their lives. The Iranian regime has, in recent years, proceeded to destroy evidence including mass unmarked graves where victims were buried.

The families have not had any closure and many of them, to this day, still do not know where the bodies of their loved ones lie.

Three decades later and the perpetrators of the crime have still not been brought to justice. Even worse, some of the officials that played a role in the massacre have risen through the ranks of the regime. Some are influential to this day.

Ebrahim Raisi, a former presidential candidate, is once such person. Although he missed out on the presidency during the last so called ‘elections,’ he is currently serving as the custodian of Astan Quds Razavi. It is a large organisation with tens of thousands of employees. It owns a large amount of real estate (allegedly worth around $20 billion), mostly in the Mashhad area.

The organisation is also the source of a significant slush fund for the Supreme Leader of the Iranian Regime –Ali Khamenei. Part of Raisi’s role is to bring in money to the organisation which is in turn used to further the regime’s agenda. This includes funding terrorist activities across the Middle East and beyond as well as suppressing dissent within the country’s borders.

The United States under the Trump administration has spoken extensively about the Iran threat. President Donald Trump has imposed sanctions so as to put the Iranian regime under extreme economic pressure. Trump and officials in his administration have explicitly said that the regime needs to be cut off from the funding that allows it to spread terror across the Middle East and further.

If the United States is to succeed in this goal it is essential that the regime no longer has access to its slush fund. This goes without saying.

The people are sick of the Iranian regime’s destruction of the country they are so proud of. They want to restore it to the great nation that it once was and the only way for this to happen is for the Iranian regime to be replaced with a democratic government that respects the law, human rights and the people.