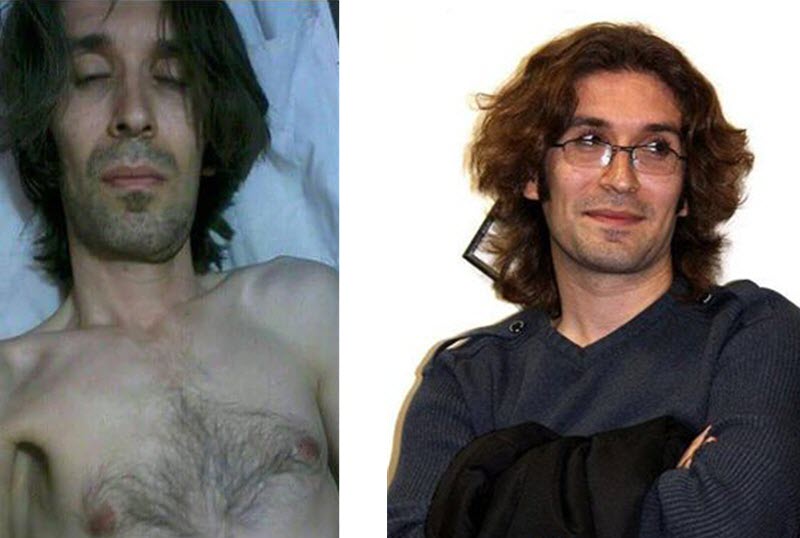 Arash Sadeghi, a human rights defender and prisoner of conscience, is a critically ill Iranian that has been imprisoned since June 2016 after being arrested in September 2014. He was arrested at his stationary shop with his wife and two friends by IRGC agents and was sentenced to 15 years in prison for “insulting the founder of the regime”, collusion against national security”, “spreading lies in cyberspace” and “propaganda against the state”.

Mr. Sadeghi is 38 years-old and is currently suffering from a rare form of bone cancer. On Wednesday 12th September he was given a critical operation at Imam Khomeini hospital. Even before the operation took place, security officials had prevented him from receiving the pre-op care he required.

Mr. Sadeghi’s doctor was insistent on him remaining in hospital for a minimum of 25 days after the surgery for medical reasons. The doctor advised that the patient must be closely monitored for severe reactions or infections stemming from the surgery that involved the removal of a bone tumour and the collection of several samples of bone from various parts of the body.

Shockingly, Mr. Sadeghi was returned to prison just three days after this intensive surgery. From the very minute the surgery ended, there were numerous agents imposing restrictions on Mr. Sadeghi. They prevented him from staying in the recovery room, as is standard procedure after any major surgery, and they contributed to complicating his healing and recovery.

An informed source said that before Mr. Sadeghi had woken up from the surgery, he was handcuffed and shackled. Agents had blocked off the area around his bed, preventing doctors from accessing the patient for the necessary and frequent post-surgery checks.

It was also noted that Mr. Sadeghi was only given access to a bathroom three times a day and each time he was accompanied by a number of security agents.

Following this major surgery, his wife Golrokh Iraee was not allowed to visit her husband. She is currently serving a six year sentence at the notorious Evin Prison in Tehran.

The treatment of Mr. Sadeghi is completely inhumane and the doctors and medical staff at the hospital had also voiced their disgust at his poor treatment. There were a number of heated exchanges between medical staff and security agents.
A source has said that a judicial official had insisted on transferring Mr. Sadeghi back to hospital early and against the medical advice of the doctors.

The mistreatment of prisoners, especially political prisoners and prisoners of conscience, is very worrying in Iran. A number of human rights organisations have called on the Iranian authorities to stop its abuse and maltreatment of such prisoners according to international laws and regulations.

However, nothing has happened – the abuse continues and prisoners in dire need of medical attention or medication are often denied it. There is often a lot of secrecy around such situations so that the regime’s actions are not made too visible.