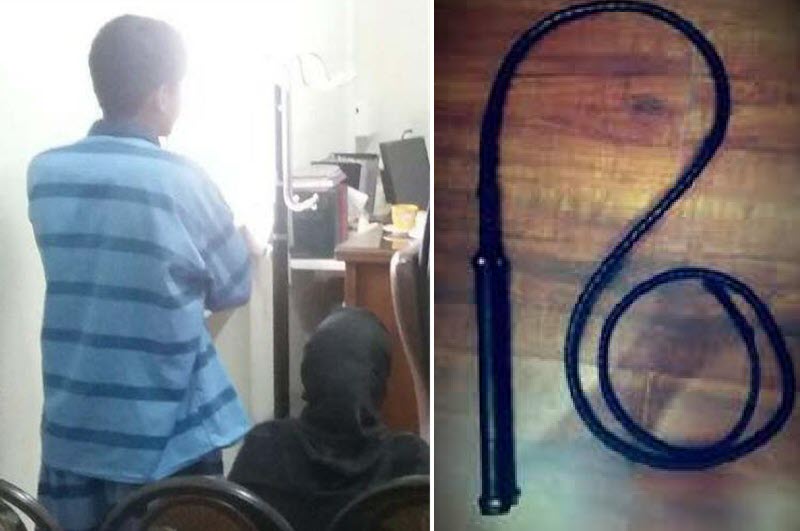 The Iranian regime’s Judiciary sentenced a minor to 100 lashes on Monday for a crime that he denies committing, even after the victim’s family retracted their complaint.

The 17-year-old boy, known only as Ramin, was sentenced to 100 lashes by the 7th Branch of the Tehran Criminal Court on July 15. He was charged with abusing an 11-year-old boy in Tehran, according to the state-run ROKNA News Agency. Ramin denied abusing the younger boy, and the boy’s parents have retracted their complaint, but the judges still handed down the medieval punishment to the teenager.

Iran is the only country that issues corporal punishments against its citizens regardless of age and executes juvenile offender despite regular international condemnations. It is the world leader in executions of children per capita.

The regime doesn’t consider flogging to be torture and issues flogging sentences for wide range of so-called crimes, most often used to punish “moral” crimes, like adultery, women disobeying the forced veil, or protesting against the Iranian regime.

Recently, an unknown number of people were each sentenced to 74 lashes for breaking the regime’s compulsory veil. Those sentenced had been vacationing in Mazandaran Province in the north of the country and were caught on camera not sporting the mandatory dress code on a boat in the Lafour Lake. One could argue that the boat was private property, like a house, and so the regime’s dress code should not be enforced there, however, the regime has also cracked down on women removing the forced veil in cars, claiming that it counts as a public space because they can be seen from the outside. But who can see people on a boat in the middle of a lake, unless they had specifically gone looking for people that were breaking these medieval laws?

Hamidreza Rahmati, who is a member of the Isfahan Teachers’ Association, was sentenced to 18 months in prison and 74 public lashes for “disrupting public order by carrying out an abnormal act outside the Education Department building,” according to the sentence issued by the 103rd branch of the Shahreza Penal Court.

It is strange that they consider protesting to be abnormal behaviour as opposed to flogging children or issuing lashes against people for freedom of expression.