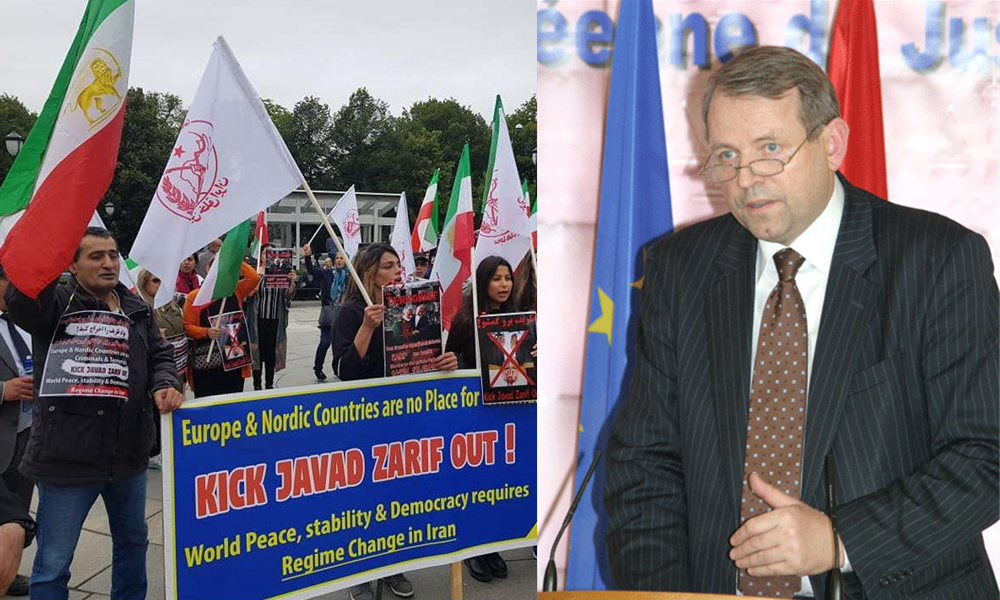 In an opinion piece for International Policy Digest on Thursday, August 22, 2019, Mr. Rise wrote: "The Iranian regime has the world’s highest rate of executions per capita and is the leading state sponsor of terrorism. Among other destructive regional activities, Iran has been the main supporter of Syrian dictator Bashar al-Assad, and it is increasingly threatening the wider world with its ballistic missile program."

"The Iranian theocracy is based on the concept of Velayat-e faqih, or absolute rule of the supreme leader. Every official is vetted for allegiance to him, and Ali Khamenei himself hand picks a number of ministers, including the foreign minister. So it is unsurprising that Zarif has been complicit for years in the Iranian regime’s malign activities. He has not only been the face and voice of the ayatollahs’ rule, he has personally worked to implement Khamenei’s reckless agenda and to justify and whitewash Tehran’s crimes at home and abroad. In reality, he is more of a propaganda minister than a foreign minister," argued Mr. Rise.

"With a wide smile and fluent English, Zarif is dubbed by some in the West as the moderate face of his regime. But that role was deliberately bestowed upon him by the regime’s leaders in order to solidify their impunity. In reality, Zarif is anything but moderate."

"Since he became foreign minister in 2013, the regime has executed more than 3,500 people, including women and children. According to Iranian opposition, more than 8,000 activists were arrested during early-2018 protests in more than 160 cities throughout the country and a number of them were tortured to death."

"Zarif is no stranger to crimes against humanity. He was active as a senior career diplomat in the United Nations in 1988 while his government butchered over 30,000 political prisoners, members and supporters of the Mojahedin-e Khalq, the main opposition movement in Iran."

Mr. Rise further wrote: "Zarif’s participation in his regime’s two-faced game has worked fine for the ayatollahs over the years due to an appeasement policy that was pursued on both sides of the Atlantic for three decades. But that policy is coming to an end, and the Iranian regime can no longer count on the U.S. to be its life saver."

"One would hope that the same would be true of U.S. allies like Norway. But receiving a state visit from someone like Javad Zarif is unethical. It is not politically savvy either. Tehran faces growing signs of dissent, particularly among the youth, its economy is falling apart and its international isolation is growing. Anyone who embraces Zarif gives legitimacy to a government that is on the verge of collapse."

"Nobody wants a war with Iran, but the best way to prevent war is to reject Tehran’s egregious conduct wholesale. By rejecting Zarif’s visit and holding him to account, Norway would be taking an ethical and principled position while sending a message of support to the Iranian people who are crying out for freedom," Mr. Rise summed up.