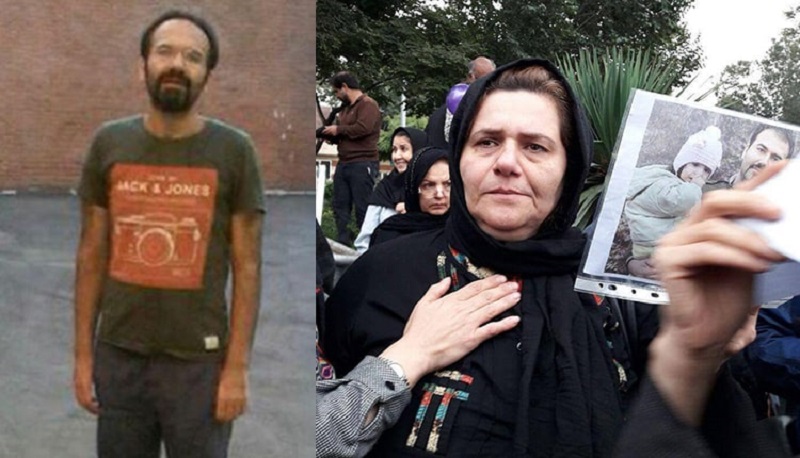 Written by Mansoureh Galestan on 23 August 2019.

Farangis Mazloumi has been on hunger strike since August 16, to protest being kept in dire physical condition in solitary confinement in Ward 209 of the notorious Evin Prison, where many political prisoners are kept and subjected to dire treatment. Iran’s regime has also been pressuring her to make a false confession, a common tactic of the Iranian authorities.

This has been confirmed by Mazloumi’s daughter, who was finally allowed to visit her on Thursday after several attempts were denied. The previous week, Evin Prison authorities cancelled the family’s planned visit to Mazloumi, arranged in coordination with her detention unit, with no explanation. The regime then demanded a 3 billion rial bail for her release, which the family cannot afford.

Mazloumi’s hunger strike is of great concern to her family because she has a history of heart problems, which could be exacerbated. She has lost considerable weight due to the poor conditions of the prison, as well as her hunger strike.

Mazloumi, the mother of the imprisoned blogger and activist Soheil Arabi, is only in prison for defending her son and being his voice on the outside. She was arrested at her sister’s house on July 22 by intelligence agents.

In related news, Shahla Jahanbin, the wife of writer and civil activist Abbas Vahedian Shahroodi, was arrested by security forces in Mashhad on Wednesday on unknown charges and taken to an unknown location.

She was arrested at her home by five Ministry of Intelligence agents, who then searched the house and seized two mobile phones belonging to Jahanbin. Shahroodi, 49, was arrested by security forces on August 18.

He had previously been arrested at his home in Mashhad by Ministry of Intelligence agents in October 2018 because of his activities in the Teachers’ Guild Association. He was transferred to an unknown location, but he was eventually released because his daughter Hengameh Vahedian fought for information on him.

At the time, Vahedian wrote: “Our main problem is that no (government) institution accepts responsibility and all of them claim to be unaware of the case. Our minimum right as a prisoner’s family is to know where he is, how he is, and to have a short visit. However, this information has not been provided for 33 days and we do not know under what charges he is being arrested and where he is being held.”