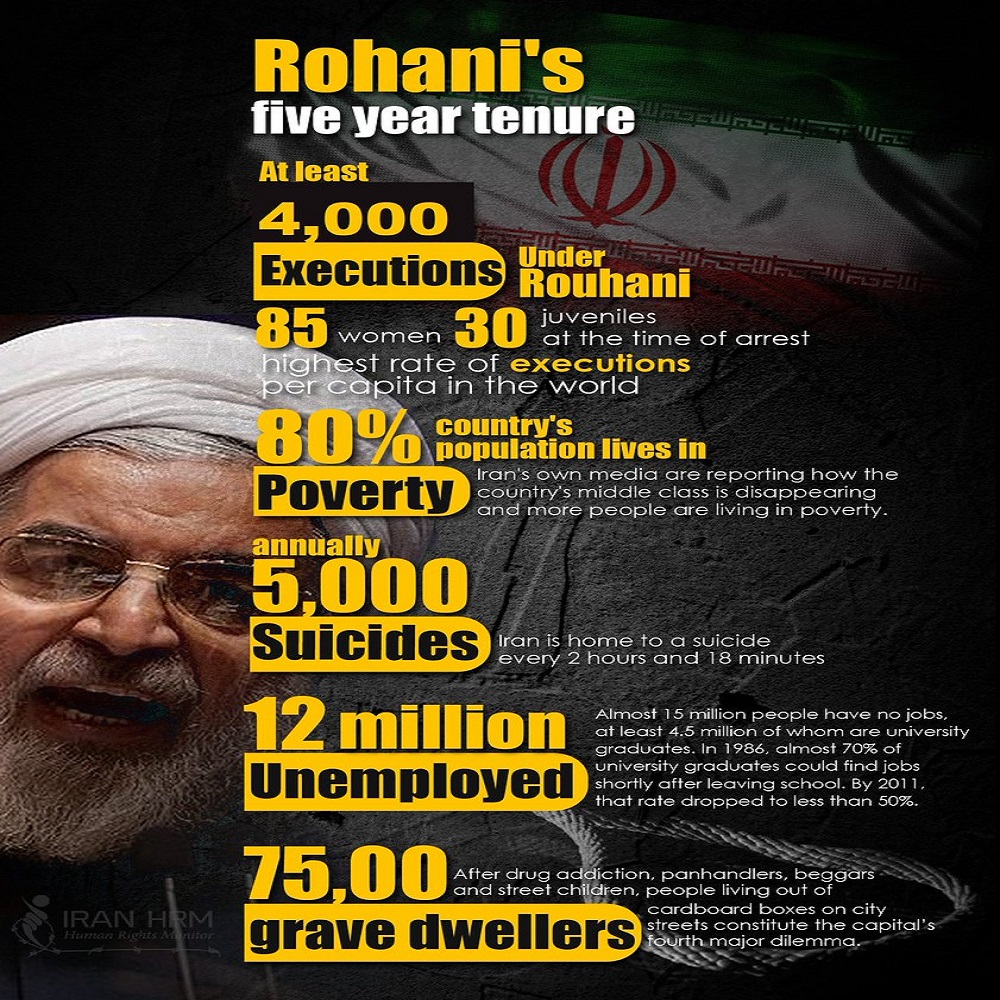 In its latest monthly report on the human rights situation in Iran, Iran-HRM said: “The month of October was marked by Iran’s crackdown on freedom of expression.”

The UN 3rd Comm.on #HumanRights condemned the mullahs’ regime's #HumanRightsViolation s over the past 38 years& was even more unsympathetic toward the clerical regime.@JavaidRehman the #UNHRC Special Rapporteur on #Iran, expressed grave concern over the high number of executions. pic.twitter.com/66lH9vn5ZL

In a barbaric act, the authorities cut off a man’s fingers for stealing, in Sari Prison in Mazandaran Province, northern Iran.

The Iranian regime also continued its use of cruel and inhumane punishment against rights activists to prevent the spread of increasing protests in Iran.

Iranian authorities continued to deprive prisoners, especially those convicted of politically motivated charges, from receiving medical care as one of the most commonly used tactics to torture and pressure them, Iran HRM said.

Assadi is suffering from various illnesses that have intensified as a result of prison authorities’ continued hindering of his medical process. He is being denied access to a hospital outside the prison because he has refused to wear a prison garb at the hospital.#HumanRights pic.twitter.com/6kw5XKyCmZ

In the southwestern town of Lordegan, security forces made widespread arrests following large protests over the HIV infection of villagers by the regime’s local health clinic.

According to locals, security forces used videos of the protests to identify and arrest protesters.