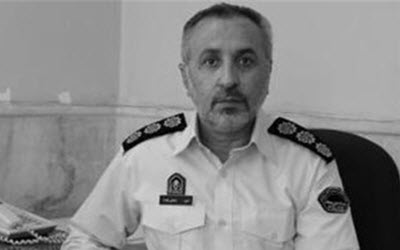 NCRI – In yet another repressive measure, inspectors of the mullahs’ regime in Tabriz, north-west Iran, have shut down 19 clothing stores on the bogus charge of selling un-Islamic clothing.

Colonel Alireza Honardoost, the head of the regime’s public security police in Iran’s East Azerbaijan Province, stressed on May 31 that seals were placed on the 19 stores as part of a plan to eliminate so-called un-Islamic fashions in the clothing guild.

He added: “Other 41 clothing shops were obligated by the agents to give written commitments to respect the regulations due to their earlier lack of compliance.”

“Furthermore, 64 sets of inappropriate clothes and women’s overcoats were confiscated and removed from shops,” he added. His remarks were carried by the Tasnim news agency, affiliated to the regime’s Revolutionary Guards (IRGC) Quds Force.

These repressive fundamentalist measures have infuriated the owners of the stores, according to local reports.

In April the mullahs’ regime launched a new plan to suppress women for “improper veiling.” It deployed some 7,000 so-called undercover ‘morality police officers’ in Tehran tasked with suppressing women on the streets and alerting official law enforcement agencies of instances of “mal-veiling” and other “violations” of the mullahs’ fundamentalist laws.