1st Week of Feb: Calls for Freedom and Justice in Iran Echoed Across European Cities 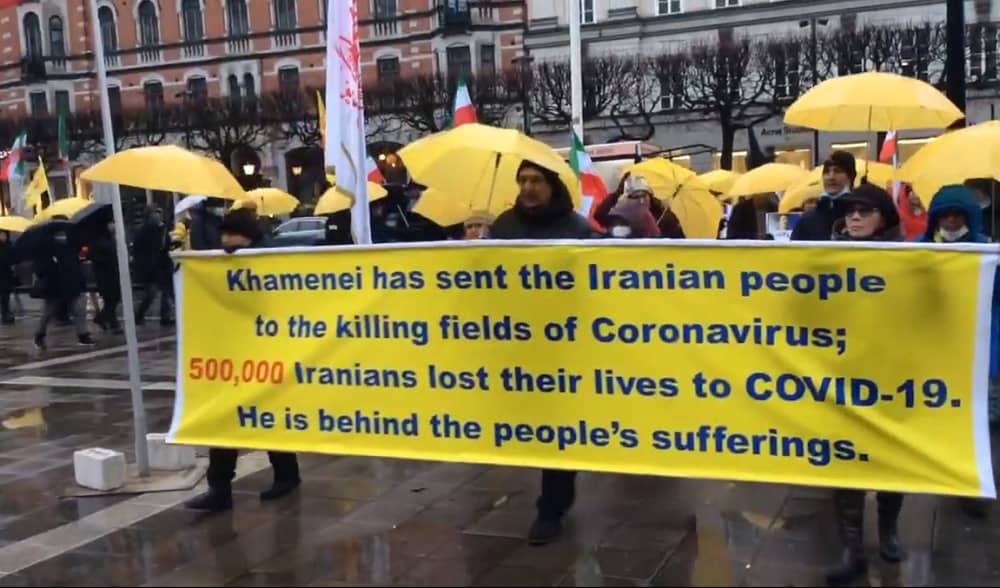 On January 29, to commemorate half a million people killed in Iran from the Covid-19 virus and protesting against the Iranian regime’s inhuman policies that lead to the national catastrophe, Iranians and supporters of the National Council of Resistance of Iran held rallies in European countries like Sweden, UK, France, and Belgium.

On January 30, protesting the catastrophic decision making of the Iranian regime that killed more than half a million Iranians during the Covid-19 pandemic and calling to hold the regime’s supreme leader and other officials to account for committing crimes against humanity, Iranians, and supporters of the NCRI rallied in countries like Canada, Germany, the Netherlands, Austria, Norway, Denmark and On February 2, Iranians and supporters of the Iranian Resistance gathered in Vienna, Switzerland, to call on the world powers to re-enact the six previous UN Security Council resolutions against the Iranian regime and to close the regime’s embassies in their capitals. The demonstrators chanted slogans against the regime’s nuclear program and condemned the systemic fraud and discrimination under the mullahs that have brought destruction and poverty upon the people in Iran.

On February 2, Iranians and supporters of the People’s Mojahedin Organization of Iran (PMOI/MEK) in Canada held a rally against Iran’s regime and its criminal policies that has left hundreds of thousands of deaths and millions of families mourning around the country during the pandemic.

Previous articleTo Stop Terrorism in the Name of Islam, Target Its Heart in Tehran
Next articleIran News in Brief – February 7, 2022