NCRI – At least 23 members of the main Iranian opposition group, the People’s Mojahedin Organization of Iran, PMOI (Mujahedin-e Khalq, MEK), were killed on Thursday, October 29, 2015, in a missile attack on Camp Liberty in Iraq.

At least one of the Camp Liberty residents who was killed was a woman. 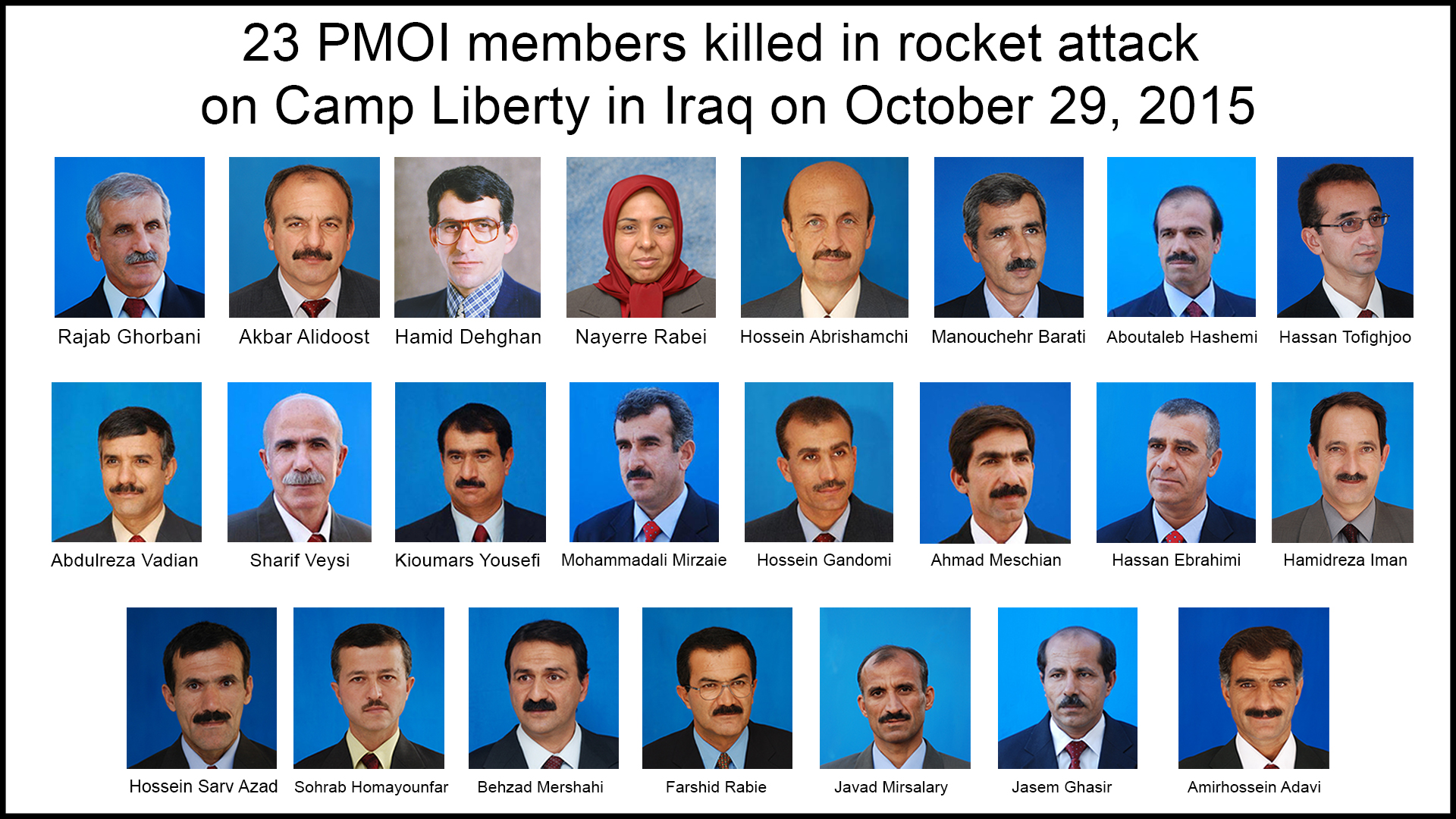