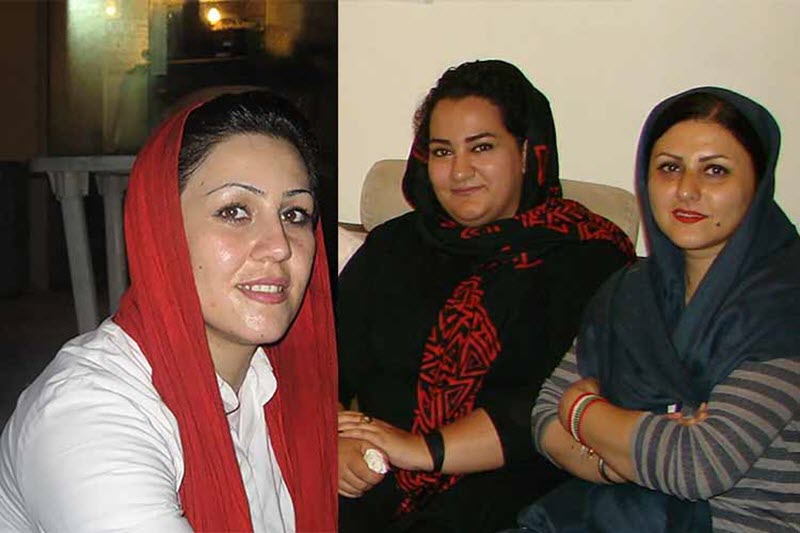 Three female political prisoners in the notorious Evin Prison in Tehran have been deprived of visitation with their families for three weeks, following a verbal argument with prison guards in the visitation hall, where the women are said to have chanted slogans at the guards.

The trio, Golrokh Iraee, Atena Daemi and Maryam Akbari Monfared, asked to see the illegal verdict, but prison staff refused, with the head of the women’s ward telling them that it had been verbally communicated to them by Charmahali, the Prison Administrator, and the Prosecutor’s Office.

The argument occurred on Saturday, September 9, the day after the executions of three political prisoners – Ramin Hossein Panahi, Loghman Moradi, and Zaniar Moradi – in Rajai Shahr Prison in Karaj. The women had encountered an unannounced (and unlawful) inspection in the visitation hall, so they resisted and refused to be inspected or interrogated.

The Prison Disciplinary Council held a meeting, without the women present, to discuss the punishment and decided to illegally ban family visits for three weeks, without even telling the trio, but produced no written papers about this.

The women have appealed this, believing the order to have been arbitrarily issued by the Prison Administrator, and Vaziri, the Deputy Prosecutor, has promised to look into it, but we shouldn’t expect any major changes from him.

While the punishment is being appealed, visits should resume, but thanks to hindrances by the Prosecutor’s Office representative Rostami, the visits have continued to be suspended.

Maryam Akbari Monfared, a mother of three, has been unable to see her children as the prison refused to change the visitation day at the start of the school year, which would have happened under the prison’s regular procedures. She has been imprisoned for nine years without any leave and can only see her young daughters in the visitation hall every week.

Over the years, political prisoners have been subjected to gratuitous abuse by the agents of the mullahs in an attempt to break them and get them to renounce their political beliefs. They are tortured, denied medical care, kept in solitary confinement or in cells that are packed to the helm. If that doesn’t work, the Regime will murder them, as they did with the 30,000 political prisoners who were executed in 1988.