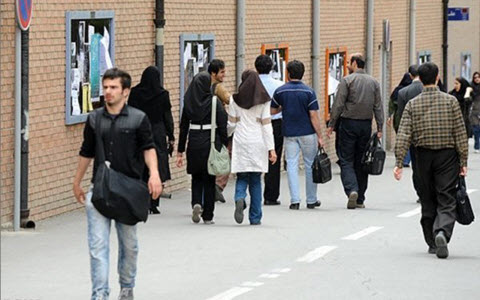 Unemployment crisis is the issue which has always been the subject of economic experts’ discussions. Job market experts believe that along with fundamental changes the country’s employment space has experienced over the past couple of decades, it has also suffered serious damages as much.

Statistics show that nearly 4.5 million university graduates are unemployed. But what factors have given rise to the graduates employment crisis?

1. The population with tertiary education has grown 14 times since the 1979 anti-monarchy revolution, 10 times for men and 23 times for women. Meanwhile, the job market capacity has not only failed to grow as much so as to accommodate the flood of new job seekers, but it has even regressed in some areas as well, according to economic experts.

2. Hoping to get better job opportunities, the society has raised its education level from Associate’s degree during the 1980s to Bachelor’s in the 2010s. This has not only changed society’s expectation of work and employment, but has made it more complicated to get employed as well, leading in turn to graduates employment crisis.

3. A strong tendency towards such fields as commerce, law, engineering, healthcare and medicine, agriculture, computer, veterinary, educational sciences, etc. has been formed over the past two decades, leading to job demand accumulation for graduates in these fields, thereby making it more difficult for them to enter the job market and thus fueling the young job seekers unemployment crisis.

4. Statistics show that tendency towards studying in some specific fields has exponentially increased, so that healthcare and medicine students, for instance, have grown 17 times (over the past two decades). But can the job market accommodate them all?

5. Although there’s been less tendency towards such fields as human services, but unemployment rate among their graduates has reduced over 1986-2011 period and there’s been a better job market for them over the past years. So, disproportionate number of students in different fields could also be considered as another factor leading to graduates employment issues.

6. Due to unknown reasons, some fields of study such as agriculture, veterinary, and educational sciences have the highest number of unemployed. Basically, no kind of study or surveillance is carried out by the government or universities to determine the status of job market in terms of different fields, so the students choose their field of study without having any knowledge of its future employment prospect. Unfortunately, there’s no considerable data on job market status, job vacancies, student admission status, job seekers‘future employment prospect, and other key information of this kind, so the choices are made with closed eyes.

7. The students meanwhile tend to choose their field of study not based on job market demands, but on such parameters as personal interest. This causes a significant percentage of graduates to be faced with serious problems while seeking jobs. Although personal interests motivate students to continue with their study which would not be possible otherwise, but given the current job market status, fields of study should be chosen based on a mixture of interest and job market demand.

8. Economic participation rate of people with higher education has due to unknown reasons decreased from 68.9 percent in 1986 to 48 percent in 2011, meaning a significant percentage of the graduates are bewildered with no plan for their future.

9. Graduates unemployment rate has quadrupled over 1986-2011. Meanwhile, with masses of applicants lining up to get in, the universities keep admitting new students every year. So, maybe the time has come to direct a significant part of tertiary education towards technical, skill-learning fields.

10. If universities keep admitting new students at the current rate, then graduates job market should also be capacitated as much. So, either universities’ million admissions need be stopped for a number of years, or the graduates need to be provided with new job opportunities.