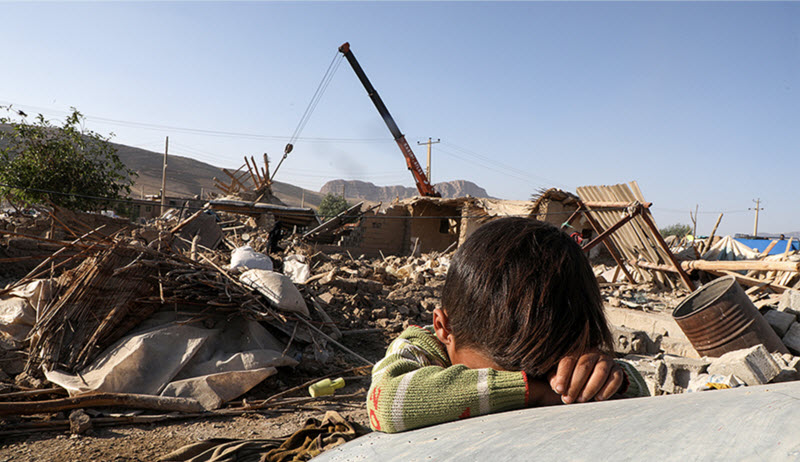 The water tank issue means that many in the surrounding villages will be deprived of clean, safe water during an ongoing drought in Iran.

There was also considerable damage done to low-resistance residential buildings and livestock preservation buildings, which will have a significant financial impact on the region. The people living in Gilan-e Gharb often don’t have the means to build buildings capable of withstanding earthquakes and other natural disasters and receive little government help.

Victims of the earthquake who have lost homes or businesses have filed damage reports with the Housing Foundation office in order for experts to make the proper assessments and Regime officials have promised to assess the inflicted damages. But, going by past earthquakes in Kermanshah or anywhere in Iran, it seems likely that the Iranian Regime will never issue a full report of the damage.

In fact, reports have still not been issued regarding the November earthquake in Qasr-e Shirin, Kermanshah. The Regime has made no effort to compile a damage report or send relief efforts.

Although the report alone will not help solve the immediate problems faced by the Iranian people affected by the quake, it could help to discover why these earthquakes keep being so destructive. Indeed, many deaths and injuries in previous quakes have been attributed to substandard government housing. It could even prove why Iran should be investing in building high-resistance buildings.

Those living in Kermanshah are in constant fear of the next disaster, especially as not even government buildings (i.e. schools) are strong enough to withstand an earthquake. The very real threat in people’s minds is that the next one could be worse.

An MP from Qasr-e Shirin said that nine of those injured were school children because their schools are too weak.

Worse still, the people of Kermanshah are still suffering the after-effects of a 7.3-magnitude earthquake that struck in November 2017, leaving 830 dead and 8,100 injured. No government aid has been issued and many are still living in makeshift homes, such as tents or cars, which is contributing to a severe physical and mental health crisis.

MP Farhad Tajari warned that these regular disasters and the inaction of the government could mean that residents migrate to other areas of Iran.