5 prisoners in Iran await sentences to be blinded, made deaf with acid 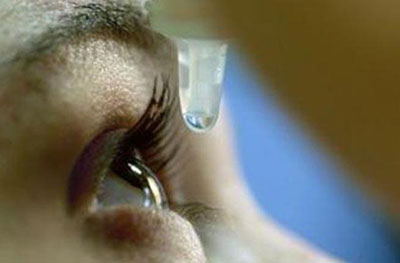 NCRI – At least five prisoners in Iran’s notorious Gohardasht (Rajai-Shahr) Prison in Karaj are awaiting sentences which would see them be blinded or made deaf with acid under the Iranian regime’s fundamentalist law of retribution (qisas).

According to reports from inside the prison, some 40 kilometers from the Iranian capital Tehran, the Iranian regime’s judiciary is pushing for the sentences to be implemented quickly; however prison doctors have thus far refused to carry out the draconian procedures.

Mojtaba Saheli (Yasaveli), 31, who was previously blinded in his left eye by the regime, was recently informed by prison officials that he is to be blinded in the right eye with acid.

On March 3, 2015 he was blinded in one eye with acid in Gohardasht Prison in the presence of the regime’s deputy prosecutor in Tehran Mohammad Shahriari and prison officials after the draconian sentence was upheld by the regime’s Supreme Court.

On August 3, 2009 he allegedly blinded a driver in Qom, south of Tehran, with acid. The regime’s court in Qom sentenced Mr. Saheli to be blinded in both eyes with acid, pay blood money and serve a 10-year prison term as part of the regime’s inhumane law of retribution.

Mr. Saheli is currently imprisoned in Ward 2 of Hall 4 of Gohardasht Prison. He had been told to pay blood money to avoid the new blinding sentence from being implemented on his right eye.

According to one report, Mr. Saheli recently enquired from the prison’s office of implementations about his sentence and was informed that the implementation order for his sentence had been received, but until now no physician had been willing to break their doctor’s oath to carry out the sentence.

He was furthermore informed that the regime’s judiciary is pressing for the sentence to be carried out and that at any moment one of the doctors may decide to set aside their oath and carry out the blinding sentence.

Five prisoners are currently awaiting to be administered acid on to their eyes and ears. They are:

Dr. Sanabargh Zahedi, chairman of the Judicial Committee of the National Council of Resistance of Iran (NCRI), earlier this month said: “The inhumane law of retribution (qisas) has been implemented against the Iranian people for the past 37 years. These punishments date back to the medieval ages and show the clerical regime’s reactionary nature. These inhuman punishments are clear violations of all principles and norms of a modern judiciary, the Universal Declaration of Human Rights, and all civil and political covenants. Such punishments undoubtedly constitute a savage form of torture and should be condemned by any freedom-seeking person. The Iranian Resistance and NCRI members have since 1980 condemned the regime’s qisas law as anti-human.”

Shahriar Kia - 29th September 2020
As the Iranian people continue to grapple with poverty and financial hardship, Iran's state-run media admit how the mullahs’ corruption and plundering of the national wealth for funding terrorism has crippled the country’s economy....