6 Years of Imprisonment for a Refugee, After Returning to Iran From the Netherlands 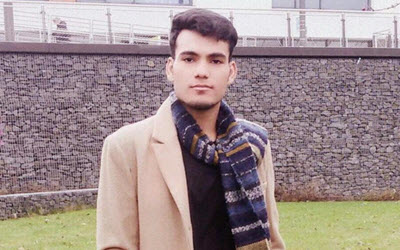 NCRI – The young man from southern oil reach city of Ahvaz who had sought asylum in the Netherlands got arrested by Revolutionary Guards (IRGC) Headquarters as soon as he returned to Iran. He was then sentenced to 6 years of imprisonment at the trial by the Revolutionary Court of Ahvaz.

On March 2nd, the website of al-Arabiya wrote in this regard: “Zia Savari aged 24 from Ahvaz returned to this city in March 2016 from the Netherlands. He then got arrested by IRGC Headquarters on April 14th 2016. He was charged with “membership in al-Ahwaz Liberation Movement” and “propaganda against the Islamic Republic of Iran” and sentenced to 6 years of imprisonment.

Before going to the Netherlands, Zia Savari had once got arrested by the security forces because he was involved in the incidents occurred after a football match. Having been released on bail, he sought asylum in the Netherlands thereafter.

Al-Arabiya quoted one of the human rights activists named Karimi Dahimi and wrote: “as Zia Savari encountered problems in the Netherlands including the lack of financial supports and asylum documents, the reeling situation of refugees and the negligence of The Netherlands Immigration Office (IND), he returned to Ahvaz. After his return to Iran, He became arrested since the Revolutionary Court of Ahvaz placed his family under pressure regarding the given bail upon the confiscation of their property.”

An Arab refugee in Netherlands named Isa Savari said:”Zia Savari was with me for a few days and he was not linked to any organization or political circle. He was not involved in any activities since his asylum case had not been clear. He did not even participate in the demonstrations held outside the Iranian embassy in the Netherlands as well.”

Previous articleGeorge Sabra: The Iran Regime Is the True Partner of Assad
Next articleSyrian Chief Negotiator on Iran’s Support for Terrorism