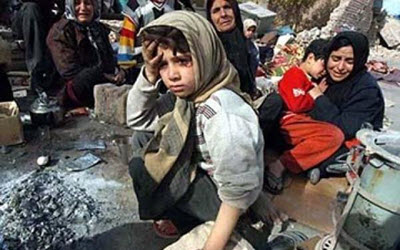 NCRI – The Iranian regime’s Deputy Interior Minister Morteza Mir-Bagheri has acknowledged that the rate of unemployment has reached 70 percent in 1200 towns and between 40 to 60 percent in 420 entire counties across Iran, the state-run ISNA news agency reported on Tuesday, April 12.

Mir-Bagheri emphasized that the rising level of poverty during Hassan Rouhani’s presidency has contributed to a number of other social problems, including an unparalleled spike in the divorce rate. “The ratio of marriage to divorce in the country on average is 100 to 23.6,” he said. “In other words, of each 100 marriages, 23.6 end up in divorce.”

The deputy minister also pointed to the spike in addiction and the regime’s inability to deal with it. “The trend of addiction is worrisome in our country since it is reaching the lower ages and we have a higher percentage of female addicts. The drugs used are also a source of added concern. In previous decades more traditional drugs were consumed, but presently, regrettably, a quarter of the drugs are industrial hard drugs. In the past, narcotics entered the country through the borders, but the industrial material can be produced domestically.”

The senior official of Rouhani’s government referred to a meeting of government officials with the regime’s Supreme Leader Ali Khamenei on the topic of social vulnerabilities. “In this meeting,” he said, “priority issues such as addiction, large suburban populations, divorce, and moral and social corruption were discussed.” He added that these issues will again be taken up in the next few weeks in a meeting with Khamenei himself. “In the supreme leader’s Nowruz message, his Excellency referred to the relation between a ‘resistance economy’ and the reduction of social vulnerabilities, which shows the supreme leader’s interest in the issue of social vulnerabilities.”

Previous articleIRAN: Millions of dollars allocated to purchase of medicine have disappeared
Next articleGov. Tom Ridge: The path to victory in war against extremists