A big victory for the Iranian opposition PMOI as the last remaining members in Camp Liberty, leave Iraq for Albania 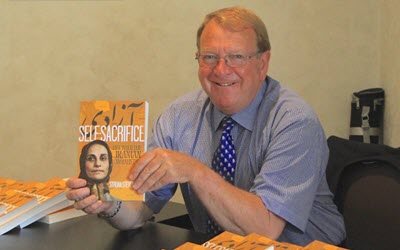 NCRI – Today 9 September 2016 Struan Stevenson former member of the European Parliament and President of the European Iraqi Freedom Association (EIFA) issued a statement on successful completion of the resettlement of Camp Liberty residents from Iraq to Europe and failure of the plan to arrest PMOI officials and to launch missile attacks against Camp Liberty following is the full text:

This afternoon the main Iranian opposition PMOI, moved their remaining members who were previously trapped in Camp Liberty near Baghdad airport. This successful huge transfer took place while the Iranian regime planned to either eliminate or rip apart its main enemy while they were still in Iraq.

This final round of departures marks the successful conclusion of the process of relocating members of the PMOI to countries of safety outside Iraq despite the Iranian regime’s conspiracies, obstruction and threats, which continued until the very last day.

I was a member of the European Parliament from 1999 to 2014 and President of the Delegation for Relations with Iraq during my final 5-year mandate. I was able to learn at first hand about the Iraqi government’s repeated attempts to annihilate the defenceless PMOI refugees in Camp Ashraf and Camp Liberty, under the guidance of the Iranian regime.

Since the American occupying forces transferred control and jurisdiction for the residents of Ashraf to the Iraqi government under Nouri al-Maliki seven years ago, there was a constant state of intense siege imposed by the Iraqi government, puppets of the mullahs in Tehran, which continued to the last day. This siege involved the complete imprisonment of the residents of Camp Liberty in a small compound vulnerable to repeated rocket attacks. The residents suffered a sporadic blockade against fuel, food and essential equipment and a determined resistance by the Iraqi authorities against the provision of protective concrete T-walls inside the camp. In addition a medical blockade of the camp cost many lives and much suffering and there was constant psychological torture involving bogus so-called ‘family members’ from Iran, who were allowed to penetrate the security perimeter and shout abuse and threats at the residents through loudspeakers, while carrying out reconnaissance missions to prepare for further rocket attacks.

These serial violations of the basic human rights of the civilian residents of Camp Liberty were ignored by the UN. Three massacres at Camp Ashraf, five missile attacks on Camp Liberty, two cases of abduction of defenceless residents, and the imposition of a fully-fledged eight-year siege, which left 177 residents dead, constituted parts of this vicious, although ultimately futile, plan.

As far as the mullahs are concerned they wanted to eliminate all of the people in Liberty or to make them give up and surrender. This did not happen due to the courage and resistance of PMOI members who stood up against numerous conspiracies, as well as the inspiring leadership of Mrs Maryam Rajavi and the  active backing of thousands of parliamentarians and Iranian communities all around the world.

The victorious transfer of the PMOI members and the regime’s ultimate major defeat in this regard, opens a new chapter for the Iranian people and its Resistance. Now that the main organized democratic opposition is safely out of Iraq, we need to focus on the human rights situation, the end of executions and a democratic change; a free Iran. We also need to redouble legal efforts to bring those to justice in Iraq who orchestrated the serial abuse and murder of the Ashraf and Liberty residents and who looted their property worth tens of millions of dollars.

Previous articleThe PMOI/MEK is a natural ally of those seeking civic freedom, human rights and democracy in Iran
Next articleDeparture of the final group of Camp Liberty residents from Iraq