A mother’s fight for freedom in Iran 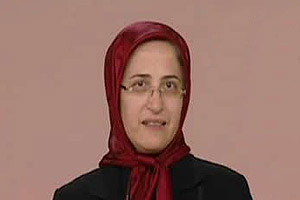 NCRI – Dr. Masumeh Bolurchi vividly remembers that bitter day 24 months ago. She was up early preparing for another day in Paris to mobilize the Iranian expatriate community to rally behind the organized opposition for democratic change when at 6.00am the phone rang and she heard the words that no mother should ever have to hear.

Through a somber chord trying to mutter out the words with difficulty, another lady official of the Resistance told her that Masumeh’s only son Rahman, a young and aspiring member of the Resistance working in a refugee camp in Iraq, had been handcuffed and shot in the head, execution-style by Iranian-sponsored militias.

For a moment the world stopped for Masumeh. She could not breathe, nor could her heart beat. Her head was spinning and all she could see was the image of her dear son. Her only child, such a brave and committed activist for democratic change in Iran, had been forever taken away from her. With her motherly instincts Masumeh wanted to break down in tears, when she realized the voice on the phone was also weeping in agony. Masumeh found herself having to first of all console the lady on the phone.

Moments later Masumeh thought to herself how many others who knew Rahman would be distraught by the news of his callous murder, and in those moments of overwhelming pain and sheer disbelief, Masumeh reminded herself of the thousands in Iran who have been executed and the pain of all those mothers who each day are informed that their dearest treasures are about to be or have just been sent to the gallows.
Though her heart was exploding, Masumeh said to herself if I break down now, then the mullahs will have won; my duty, like Rahman, is to echo the voice of the oppressed and rally the international community to come to the defense of the victims of the Iranian regime’s brutal daily atrocities. With that, Masumeh made a conscientious decision to gather her strengths and urgently campaign to save the other Iranian dissidents who were in the same refugee camp as Rahman in Iraq.

She immediately contacted the German Foreign Ministry, which had previously given Rahman his refugee status, as well as international media outlets and human rights groups like Amnesty International. By noon, Iranians across the globe had embarked on an ad-hoc campaign to pressure the United Nations and United States to stop the onslaught by Iraqi mercenaries of the Iranian regime in Camp Ashraf. 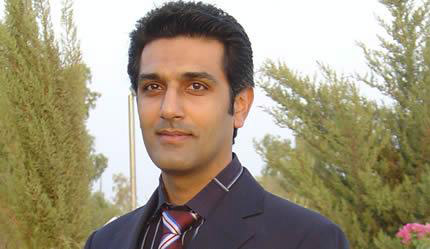 Masumeh’s son Rahman Manani, a member of the PMOI in Camp Ashraf

In reality, all the residents of Camp Ashraf had been recognized by the U.S. as ‘protected persons’ under the Fourth Geneva Convention, and each had received a ‘protected persons’ card. The United Nations had also vowed to protect the camp residents from attack. Yet on the day of the attack neither the US nor the UN showed any quick reaction. 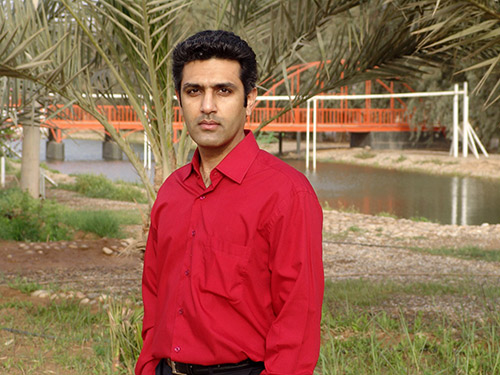 As shocking mobile phone footages of the scenes of the massacre were received from survivors at the camp, hundreds of Iranians from around the world began a hunger strike and the international community demanded that Iraq allow a UN team access to the camp. Of the 101 camp residents – all of who were there as part of an agreement with the UN, U.S. and Iraq – 52 unarmed and defenseless members of the Iranian Resistance were massacred in cold blood, while seven others including six women were kidnapped, and it’s not known today if they are alive.

Greatly fearing the organized Resistance group People’s Mojahedin Organization of Iran (MEK), the Iranian regime had pressed the then-Prime Minister of Iraq Nuri Maliki to send a specialist force contingent to Camp Ashraf to carry out the assault.

That attack on 1 September 2013 was later denounced by UN Secretary General Ban Ki-moon and US Secretary of State John Kerry, and there was a chorus of international condemnation, but despite calls for an international investigation no one in the Iraqi government or Tehran was ever held to account.

Masumeh, a medical doctor by profession who has been a veteran member of the Iranian Resistance for over three decades, continues to maintain her fighting spirit in Rahman’s memory and she vows to remain restless until the “religious fascism” in Tehran is uprooted and replaced by a democratic government which respects human rights and believes in equality between men and women and separation of Church and State.

The Iranian regime has executed more than 120,000 political prisoners, Masumeh says. They include 10 of Rahman’s close relatives, including three of his uncles and his grandmother.

“The executions go on each day. There has been no improvement in the human rights situation since [Hassan] Rouhani took office. More than 2,000 people have been executed since he came. It is not true that the nuclear deal [between Iran’s regime and the world powers] will lead to fewer executions. Sixteen were executed this week alone.”

“There are protests calling for change every day in Iran. Iranian society is brimming with dissent. We will achieve freedom from the yoke of religious oppression and we will build a nation where no law is greater than the desire of the people. The hanging gallows will be nothing more than a bitter forgotten memory”, she added.

Dr. Masumeh Bolurchi, the representative in Germany of the National Council of Resistance of Iran (NCRI), Iran’s Parliament-in-exile, says she gains her fighting spirit from the “inspirational messages” by the NCRI’s charismatic President-elect Maryam Rajavi.

Through tireless international campaigning, Mrs. Rajavi has succeeded to galvanize vast international support for the Resistance.

Her 10-point platform for a future Iran recognizes political legitimacy through universal suffrage, guarantees rights for all citizens and particularly women and minorities, ends the cruel excesses of the judiciary and establishes the rule of law. It would also end the nightmare of fundamentalist Islamic dictatorship by separating church and state, protect property rights, promote equal opportunity and environmental protections, and seek a non-nuclear Iran, free of weapons of mass destruction. 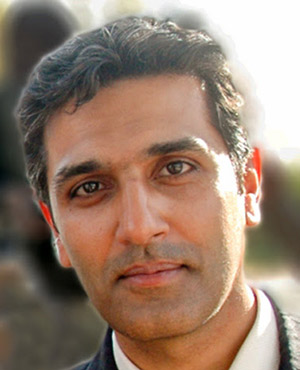 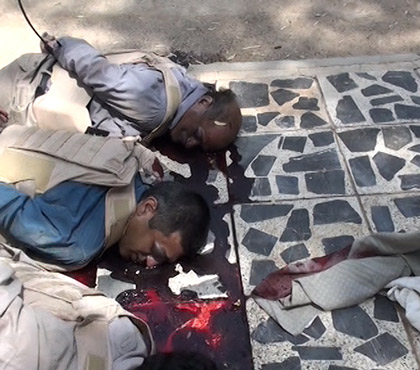 In the photo on the right, Rahman is in the middle, executed with his hands tied behind his back.

As Masumeh looks at two of Rahman’s photos, one with his youthful and warm smile, the other with his hands tied and horrifically lying in a pool of blood, she whispers to her son that she will continue to mobilize people to his cause.

“Everyone who believes in human rights and human values should support the Iranian people to achieve democracy and freedom. This is our duty as human beings.”