An Iran Regime’s School Closed in the UAE 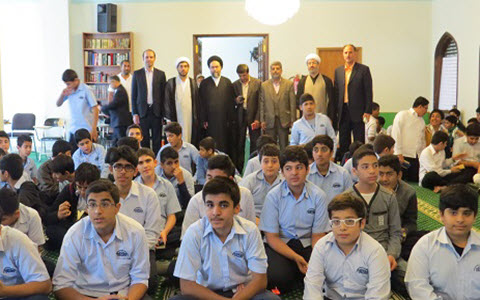 NCRI – The Deputy Director of International Affairs of overseas schools announced that an Iranian school whose license was not renewed, was closed in Sharjah, the UAE.

On September 10, Ali Hosseini in an interview with Tasnim News, affiliated with the terrorist Qods Force, stated that the political relation of Iran and the UAE is not close and therefore, some overseas schools have faced various problems.

It is noteworthy that 1500 students were enrolled in this school, of which 500 are citizens of Afghanistan. These schools have been working in the UAE for more than 20 years. Ali Hosseini stipulated that the issues concerning the closure of schools stem from political problems.

The relations between Iran and the UAE deteriorated following the clashes between Iran and Saudi Arabia as well as Iran’s meddles in Arabic states. The UAE Foreign Minister, Sheikh Abdullah bin Zayed Al Nahyan on Monday, August 28 called on Iran regime to terminate its colonial exploitation in Syria.

As the Secretary of the Expediency Discernment Council, Mohsen Rezaei stated that the UAE is a “paper tower” that collapses without any missiles, the Advisor to the UAE State Department, Anwar Qarqash, on Monday, September 4, 2017, in response to this remark stated, “Your crimes are numerous in Syria and Iraq. Instead of commenting on the UAE, it is better to consider the development case of your country and its defamation among its neighbors and the region.”