Archbishop of Canterbury declares a week of prayers for hostages of Camp Ashraf, Syria, Nairobi 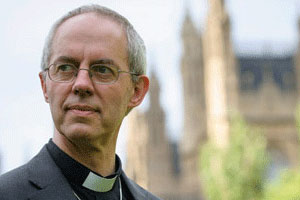 NCRI – The Archbishop of Canterbury has called for a week of prayer for hostages around the world, saying that even though we cannot understand the complexity of such situations, we know that such acts ‘are always wrong’.

Justin Welby, the Archbishop of Canterbury wrote ” I have been reminded of this by the stories from Camp Ashraf in Iraq. Until recently it was a refugee camp holding members of the Iranian opposition, among others. Conditions have been very bad. In the very recent past it was raided, a significant number of people were killed and a number of others disappeared into captivity.

” Make this a week of prayer for hostages, remembering especially those from Camp Ashraf and those in Syria – and the people of Nairobi,” the Archbishop declared.