Are the Iranian People in the Midst of a Revolution? 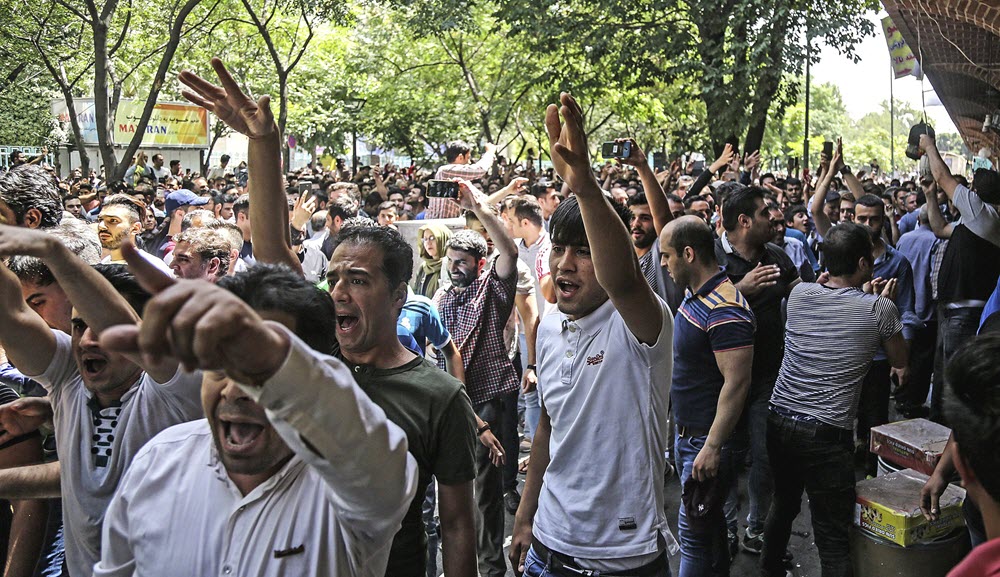 The situation in Iran is evolving rapidly. Since the end of last year, the people of Iran have been taking to the streets to protest against the corrupt and suppressive regime that has been in place for almost 40 years. The uprising was more precise than any previous ones. The people made it very clear that they want regime change.

Over the weekend, in the days before the crippling U.S. sanctions are to be restored, thousands of people took to the streets demanding change. They were heard chanting “death to the dictator” and there was a report of at least one death.

The poor people in Iran are getting poorer and poorer. If this is not bad enough, they have to watch the corrupt leaders plunder the nation’s wealth. Furthermore, the people cannot voice their concerns without being confronted by the oppressive forces that use violence to silence them.

The people, however, will not be silenced. They risk being victims of violence, arrest, torture, imprisonment and even execution to take to the streets and attempt to take the future into their own hands.

Resistance is growing every day because the people know that they cannot continue on the same path. Life under the Iranian regime will never change – they will always be supressed and they will never be able to enjoy freedom and human rights.

The leadership of Iran is corrupt at all levels and it is falling to bits. For months, the different factions of the regime have been unable to hide their differences and it is clear that the leaders of the country do not have a coherent vision.

For the past week, the people have been in the streets participating in anti-government demonstrations. The public gatherings are often turning into clashes that are violent. At the weekend, there were reports of police cars and tyres being burned in the streets.

At the end of last year, people took to the streets in more than a hundred cities the whole way across the country. The authorities responded by violently cracking down on protesters, but the people vowed to never be silenced.

It is not just the poorer and working classes that are being affected by the economic crisis in Iran. The middle classes which have been enjoying a fairly comfortable lifestyle are also becoming poorer and poorer. Costs are rising and people’s savings are wasting away gradually.

The regime is unable to respond to the needs of the people and it continues to ignore the major problems that require urgent attention. It refuses to leave Syria and to stop supporting the many proxy groups around the region that it funds.

The fall of the regime seems to be very close. It is impossible for such a weakened regime to keep its clutches on power for much longer. The only thing missing is the support of the international community, especially that of the United States.

Is this the start of the Iranian revolution?