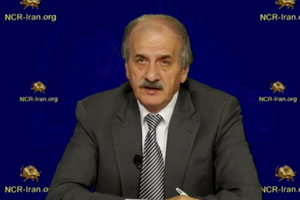 NCRI – Mr. Mehdi Abrishamchi, Chairman of the Peace Committee of the National Council of Resistance of Iran (NCRI), on Friday participated in an online conference about the deadly rocket attack a day earlier on Iranian dissidents, members of the opposition PMOI (or MEK), in Camp Liberty, Iraq.

Mr. Abrishamchi, whose brother Hossein, one of the most senior officials of the Iranian Resistance, was among the 23 victims of the attack, said the mullahs’ regime had through its agents in the Iraqi government attacked the Camp Liberty residents out of desperation.

He said in part:

Yesterday at 19.40 (Baghdad time) the Iranian mullahs’ regime and its Iraqi agents targeted Camp Liberty near Baghdad Airport. More than 80 rockets were launched against the camp. This was the deadliest attack on Camp Liberty where the members of the People’s Mojahedin Organization of Iran reside. The results of this deadly attack was 23 killed, 22 severely wounded and dozens more wounded.

They were all members of the Iranian Resistance, they had all devoted their lives to the service of others and for their people. Among them of course was Hossein Abrichamtchi, my comrade and my brother; a high commander of the National Liberation Army and senior official of the People’s Mojahedin of Iran. He was also a member of the National Council of resistance of Iran.
Like each and every one of these heroes, he had a life full of courage; every minute was a fight to defend the highest common values of humanity. 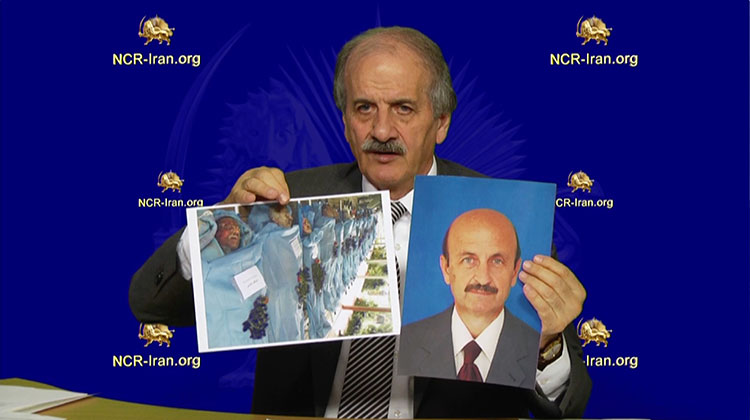 This attack was one of the deadliest attacks launched against Camp Liberty. The rockets fired at the camp were Katyusha 122 mm and also rockets that were similar in design to the Russian rocket NB 24, nicknamed Falagh by the mullahs’ regime.

According to initial reports, the intensity of the attack was such that many places caught fire and many barracks were totally destroyed.

This attack will not set back the determination of the members of the Resistance. On the contrary, it will make us more loyal to our goal of resisting the barbaric mullahs’ dictatorship and to our strive for finally establishing democracy and respect for human rights in Iran.

Yesterday’s attack is rather indicative of two very important things:

– Firstly it shows the fragility of a regime that has reached its end and that fears its most organized opposition to such an extent that it can’t tolerate it, knowing that this force is unarmed in a camp surrounded and controlled by Iraqi military.
What kind of a desperate regime is it that fears its opposition to this point? This attack is a flagrant acknowledgement of the influence and impact of the Iranian Resistance inside of Iran. Once again the regime refers openly to this alternative. And it is because it fears this democratic alternative, that it wants to strike and physically eliminate it. Unfortunately for the regime, this has become an elusive dream.

– The attack also reveals once more the true face of mullah Hassan Rouhani and his Supreme Leader Ali Khamenei. To those who rely on moderation by Rouhani we say open your eyes. The same Rouhani crowned his inauguration as President with a rocket attack against Camp Liberty in 2013, and as he is expected to visit France yet again comes his mercenaries and militias to the gates of Camp Liberty to bomb the camp and flee like jackals.

I hope that the blood which was shed in Camp Liberty last night will let French and European leaders know what blood-stained hands they are about to shake.

The situation today in Camp Liberty could have been avoided if each state didn’t act with cowardice. It is already too late for those who have been killed, but we can always act for those who are left.