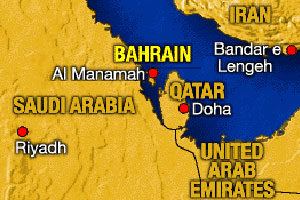 Bahrain has strongly condemned the ‘provocative statements’ made by the Ministry of Foreign Affairs in Tehran.

A statement issued by the country’s foreign ministry on Monday said: “We call upon Iran to respect the principles of good neighborliness and the sovereignty of countries and to put an end to irresponsible statements.”

Bahrain said that it categorically rejected any form of interference in its internal affairs and that it criticized all false and baseless accusations lacking credibility against the kingdom.

“Bahrain has since olden times provided full freedom to all religious sects, both Muslims and non-Muslims, to exercise their rituals easily and without interference from anyone,” the ministry said.

“The state had enacted laws and legislations to regulate and protect this freedom of religion practice, turning the kingdom, under the leadership of King Hamad bin Isa Al Khalifa into the most prominent model in the region regarding freedom of expression and opinion, religious tolerance and communal co-existence between all segments of the society under an advanced constitution and laws that guarantee freedom and equality among all and achieve security for all,” the ministry said.

On Monday, the Iranian regime’s Ministry of Foreign Affairs, said that “Bahraini forces targeted mourners in several villages and removed all banners, flags and black cloths commemorating the Ashura anniversary.”

Bahrain said that “the statements were ridiculous” and that “they were part of Iran’s attempts to escape from its internal problems and to divert attention from the crises resulting from its domestic and foreign policies.”

Previous articleIran ranks among the lowest in the world for gender equality
Next articleIran appeasement root cause of problems in the region: Struan Stevenson