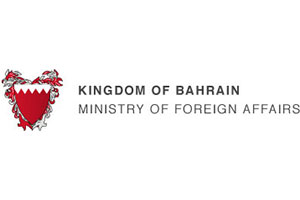 Bahrain has submitted a complaint to the United Nations denouncing the Iranian regime’s “interference” in its internal affairs, the BNA news agency said Friday.

The move came a day after Manama recalled its ambassador from Iran and ordered Tehran’s envoy to leave within 72 hours.

The minister was quoted as saying the move was sparked by the Iranian regime’s “continued unacceptable interference in the internal affairs” of Bahrain, AFP said.

“Iran has chosen the path of escalation in an attempt to exert control over its neighbors by continuing to interfere in internal affairs” of neighboring countries, BNA quoted him as saying.

On Thursday, the Foreign Ministry said Tehran’s envoy was being expelled in response to “continuing interference by Iran in the affairs of the kingdom” and an attempt by Tehran to foment “confessional sedition.”

Iran’s regime supports acts of “sabotage and terrorism” in the country, a statement added, accusing Tehran of forming and arming “terrorist groups” and providing them with refuge.

Bahraini authorities said Wednesday they had uncovered a large stash of weapons and arrested a number of people suspected of having links with the regime in Iran and the Iraqi government.

An Interior Ministry statement said arms and explosives were discovered in a house in the mainly Shiite town of Nuwaidrat, south of the capital Manama.

The cache included a ton and a half of C4 explosives and other explosive material, as well as automatic rifles, pistols and hand grenades, the ministry said.

In August, Bahrain arrested five people suspected of links with Iran’s regime in connection with a bombing that killed two policemen in the island state.