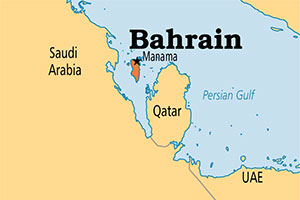 The foreign ministry of Bahrain said Ali Khamenei’s statements were in clear violation of the U.N. charter and sovereignty of Bahrain, urging Tehran to adhere to the principles of good neighborliness.

In July this year, Bahrain also protested against what it called “hostile” comments by the leaders of the Iranian regime, and denounced Tehran’s interference.