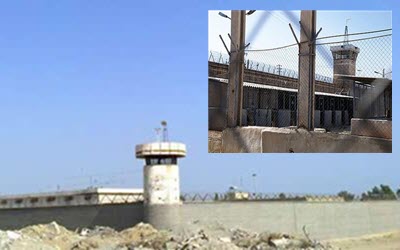 NCRI – The Iranian regime is denying hospital treatment to an ethnic Iranian Baluchi prisoner in the south-eastern city of Zahedan.

Mansour Mahmoudzehi, 47, imprisoned in the Central Prison of Zahedan, has developed stomach cancer, however the regime’s henchmen continue to prevent his transfer to hospital.

Mahmoudzehi has been imprisoned in Zahedan for over 10 years, during which time he has systematically been denied proper hospital treatment for his cancer.

Mahmoudzehi is not the only Iranian prisoner denied treatment for cancer.

Dr Omid Kokabee, 34, an Iranian physicist and a postdoctoral student in atomic physics was arrested in Iran after returning from the United States to visit his family in January 2011. He was sentenced to ten years in prison. Amnesty International has said that Kokabee is a prisoner of conscience and held solely for his refusal to work on military projects in Iran. He had been diagnosed with kidney cancer and his right kidney was removed last month.

According to human rights groups, Iranian authorities have unduly and repeatedly delayed Mr. Kokabee’s access to medical treatment. In 2012, after an initial examination found that he had a tumor, Mr. Kokabee experienced a long delay in getting permission to be transferred from a prison health clinic to a hospital for critical medical examinations.

Previous articleIran political prisoners in Evin Prison on hunger strike
Next articleIran: man attempts suicide for not having $100 needed to be hospitalized