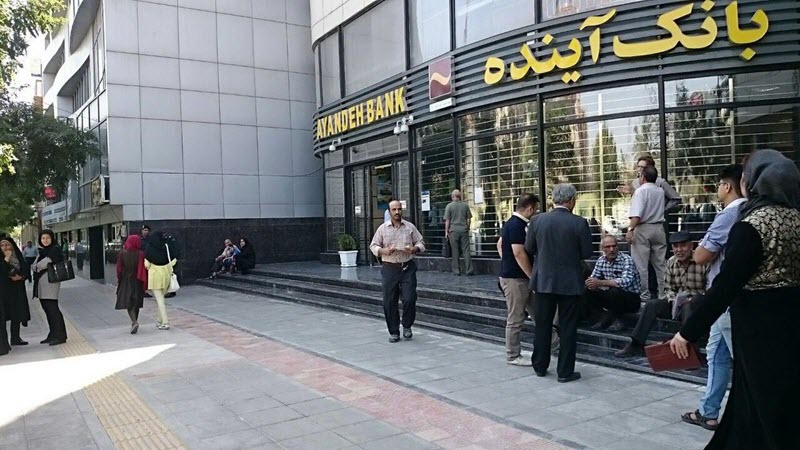 NCRI – A Persian Gulf bank secretly helped the Iranian Regime evade international sanctions for over a decade in a multibillion-dollar corruption scheme, according to legal documents filed during a recent audit of the Bahraini government.

As part of a joint venture by two of Iran’s largest lenders, Future Bank, which has now gone out of business, routinely altered financial documents to hide evidence that Iran was trading with dozens of foreign partners.

This equated to at least $7 billion of transactions between 2004 and 2015, when Iran was subject to sanctions over its nuclear programme and support for terrorist groups.

Also revealed in the audit, were hundreds of bank accounts that were linked to individuals who were found guilty of money laundering and terrorism financing, as well as phantom loans to front companies of the Islamic Revolutionary Guard Corps (IRGC). But auditors warned that this was likely only the “tip of the iceberg”.

In a written summation to the Permanent Court of Arbitration, the Kingdom of Bahrain said: “Bahrain has never faced violations of this magnitude. The ramifications rising from Future Bank’s systemic malfeasance cannot be overestimated.”
This isn’t the first time that Future Bank has been accused of helping Iran evade sanctions and the US and Europe previously blacklisted the bank for this.

Following Bahrain’s closure of the bank in 2015, two Iranian shareholders (Bank Melli and Bank Saderat) filed a complaint in The Hague to protest the closure and demand the return of frozen assets. It is worth noting that these officials have been accused by the US of helping to fund Iran’s nuclear program and international terrorism network.

In response, Bahrain is revealing the multitude of crimes, including wire stripping, committed by Future Bank, but due to concealment by the Iranian Regime, there are likely many more crimes that are hard to prove.

Wire stripping is the process of deliberately removing/changing the identifying information when transferring money between banks, which concealed Iran’s involvement.

The amount transferred via wire stripping amounted to $2.7 billion.

Matthew Levitt, a former Treasury Department counterterrorism official and director of the Stein Program on Counterterrorism and Intelligence at the Washington Institute for Near East Policy, said: “If you’re engaging in wire-stripping, you’re hiding the nature of transactions from regulators, and possibly even from the bank itself. It becomes difficult to know what funds might be going to support activities such as terrorism, or Iran’s nuclear or military establishment.”