Bolton: US will stay in Syria until Iran is gone 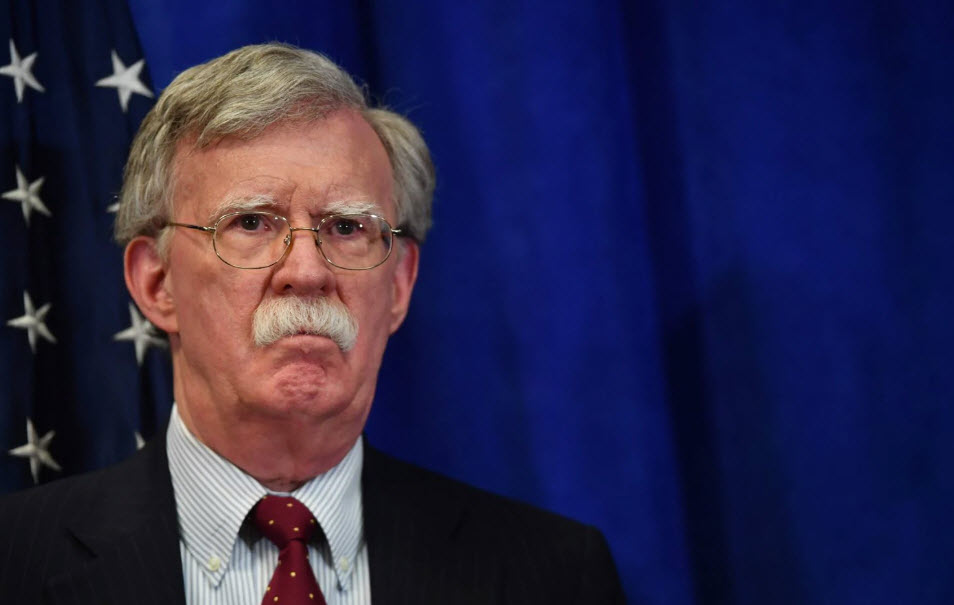 US National Security Advisor John Bolton has said that the US military will remain in Syria until Iran backed troops supporting Syrian dictator Bashar Assad leave.

The US had intended to leave after the defeat of ISIS in the country and Syria has called the continued US presence “illegal”, vowing to force the US out. However, the policy of the US has changed and the Iranian Regime’s interference in other countries will no longer be tolerated. It is also worth noting that neither the Syrian or the Iranian military could defeat the US.

Outside of the UN General Assembly session in New York on Monday, Bolton said: “We’re not going to leave as long as Iranian troops are outside Iranian borders, and that includes Iranian proxies and militias.”

Iran’s attacks in the Middle East

He then blamed the Iranian Regime for “attacks in Syria and Lebanon” and claimed that it was “responsible for the shooting down of the Russian plane” last week.

Moscow had originally blamed Israel for the attack, noting that the Syrian air defences were attempting to target Israeli F-16 jets during French and Israeli airstrikes in the Latakia area of northwestern Syria, and vowed to sell advanced missiles to Syria.

However, Israel blamed Syria and the Iran-backed Hezbollah militia for what it called an “unfortunate incident”, citing that Israeli military jets were already within Israeli airspace when the incident took place.

Bolton said that he hoped Russia would reconsider the sale of the S-300s to the Syrian government as that would be a “significant escalation”, but Russian President Vladimir Putin has reportedly said that these weapons would only be used in defence of Russian troops.

US forces in Syria

US defence secretary Jim Mattis told reporters that the danger posed by ISIS is not yet gone and that the US wants to avoid a “brittle military pullout” that would leave the Syrian people vulnerable. The same action in Iraq led to an Iranian domination. He advises that they are staying there to set up alternative government structures in reclaimed ISIS territories.

He said: “We are in Syria right now to defeat ISIS and destroy the geographic caliphate and make sure it doesn’t come back the moment we turn our backs.”

However, he did confirm that he and Bolton were reading from the “same sheet of music” regarding Syria, which makes sense given the US view on the Iranian Regime.