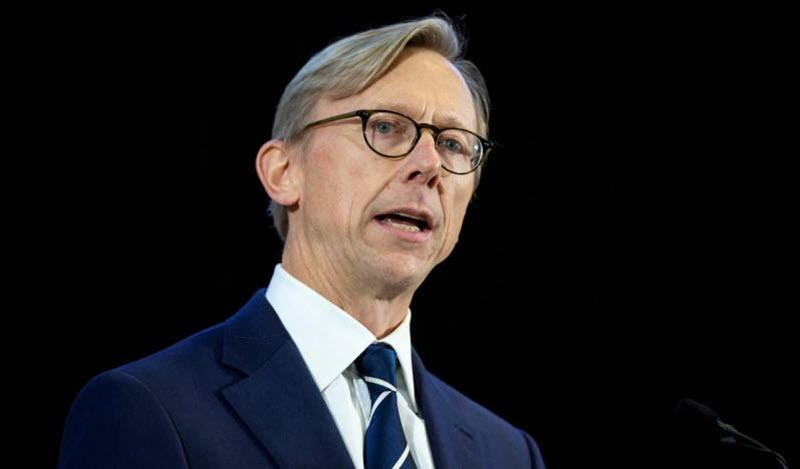 During an interview with Al Arabiya, Brian Hook, the U.S. Special Representative for Iran and Senior Policy Advisor to the Secretary of State Mike Pompeo, reaffirmed the United States’ determination in changing the behaviour of Iran regime.

He said that the administration has adopted a new strategy towards Iran Regime– one that differs from the strategies employed by his predecessors. Hook also pointed out that the Trump administration has imposed “the largest number of sanctions in one day against Iran in American history”.

His comments came during the Secretary of States’ tour of the Middle East where officials are reaffirming the direction of the administration.

Iran has been a major issue for many countries for a very long time and it is very easy for the people of Iran to be overlooked in all of this. Iran has been responsible for massive bloodshed and tragedies across the region, including in Iraq, Syria and Yemen. However, the Trump administration has made it very clear that the Iranian people will not be forgotten.

Indeed, Hook explicitly said that Secretary Pompeo has made engaging with the people a priority. Furthermore, Hook affirmed that this is also a priority for the president and vice-president who have “consistently talked about how the longest suffering victims of the Iranian regime are the Iranian people”.

With regards to the recent sanctions that were put in place, Hook said that they are showing their fruits because the regime is weakening. “We have denied them billions of dollars of revenue through the loss of oil exports and there will be billions more that they will be losing. When we started our campaign, when the President announced he was leaving the deal, Iran’s oil exports were at 2.7 million barrels a day. You may have seen press reports, Iran’s November exports are below a million. So 2.7 to below a million in about eight months, 80 percent of Iran’s revenue comes from oil exports. So they are facing a liquidity crisis and they are also seeing a collapse in the Riyal.
There will be more sanctions to come.”

Hook also drew attention to Iran’s malign role in the region, especially its support for the Houthi rebels in Yemen. He admitted that the international press, and especially the American press, has failed to accurately portray the extent of Iran’s role in prolonging the war in Yemen. He said that Iran “bears a lot of responsibility for the humanitarian catastrophe” in Yemen as it has spent hundreds of millions of dollars supporting the Houthis.

The U.S. pressure on Iran is forcing the regime to make a choice – act like a normal country or experience complete economic collapse. Before the sanctions took effect, international enterprises were already leaving Iran in their droves with major disinvestments occurring. Cutting the Iranian regime off from the funds it wastes on malign activities is a decent start. The EU should take America’s lead and show the clerical regime that its bloodshed, corruption and belligerence will not be tolerated by the international community.