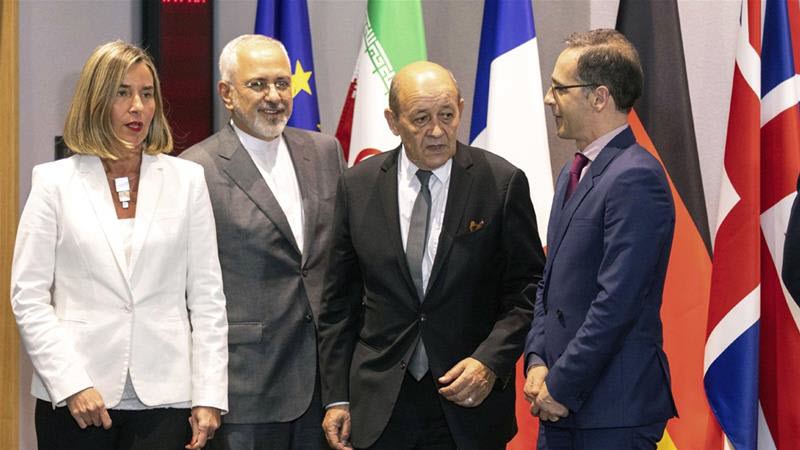 The uprising has continued to roar across Iran, yet the Western media remain strangely silent. Why are Donald Trump and U.S. Secretary of State Mike Pompeo the only ones who have mentioned the nationwide Iranian protests that have seen thousands arrested and jailed and dozens shot down on the streets or murdered in prison?

The protests were triggered eight months ago by the collapsing economy, unpaid wages and brutal repression by the fascist mullah regime. Soon they spread to 142 cities across Iran and have continued ever since. But now the demands of the protesters have transformed. They are shouting for regime change with cries of “death to the dictator” and “forget Syria and Lebanon, what about us?” Violent clashes with the security forces have raged on for days, with the mullahs now openly accusing Iran’s main democratic opposition movement, the People’s Mojahedin of Iran (PMOI/MEK) of coordinating and fueling the nationwide revolt.

The reintroduction of the first phase of sanctions by the Americans following Trump’s decision to withdraw from the nuclear deal forged by his predecessor Barack Obama came into force on Monday, causing a plunge in the value of Iran’s currency, the rial. Those sanctions have been imposed on a wide range of items such as foodstuffs, gold, steel, other metals and cars. In 90 days, a further tranche of sanctions will hit oil and gas, as the United States tries to cut Iranian oil exports to zero. Trump has set a list of 12 new demands, including an end to Iran’s aggressive meddling in Middle East conflict zones such as Syria, Yemen, Iraq and Lebanon, and an end to its development of ballistic missiles. Trump has even offered to meet Iran’s President Hassan Rouhani to discuss the sanctions issue, while at the same time backing the street protests and their demand for regime change.

The mullahs are now panicking. They are attempting to blackmail the EU into filling the financial void created by the renewed U.S. sanctions, by threatening to close the Strait of Hormuz, a pivotal lifeline for oil and gas from the Middle East. They deployed warships into the Strait on Sunday in a show of strength. The EU, as arch-appeasers, have frantically sought ways of keeping the nuclear deal alive, concerned more with lucrative commercial deals with the medieval Iranian regime, rather than human rights.

Germany’s Chambers of Industry and Commerce have even scheduled a seminar in Bonn on Sept. 5, to show German businesses how to circumvent the U.S. sanctions and continue to do business in Iran. But such initiatives are falling on deaf ears. European companies have quickly realized that they would lose $1,000 in American business for every $1 they earn in contracts with the Iran. With their finances drained by venal corruption and by the cost of funding proxy wars in Syria, Yemen, Libya and Iraq, the mullahs know that their medieval theocracy is nearing its inevitable end.

Politico’s Brussels Playbook, the daily political newsletter, on Monday said: “The big question though is why official Europe is still so infatuated with Iran. After all, just last month, a plot by Iranian operatives to bomb a convention of exiled Iranians near Paris was foiled at the last minute. Iran, as Mark Dubowitz, CEO of the Foundation for Defense of Democracies think tank, recently pointed out to Germany’s Tagesspiegel, “supports globally active terror organizations, violates the human rights of its own people, supports the terror of Bashar al-Assad in Syria, the Houthis in Yemen, Hezbollah in the entire Middle East, Europe, Africa as well as North and South America, not to mention Hamas in Gaza. It is seeking nuclear weapons and the rockets to deliver them. It is fueling wars in the Middle East that create millions of refugees who travel to Germany and other European countries.”

Politico concluded, “But maybe those are just niggling details in the face of all that business opportunity …”

The Western liberal press are perplexed. They loathe Trump and heaped praise on Obama’s policy of appeasement to the Iranian mullahs. They regularly portray Rouhani as a moderate, although he has personally approved more than 3,500 executions since he came to power and has authorized the vicious crackdown on the ongoing nationwide protests. The press cannot understand why Iran’s 80 million citizens are rising in protest against a regime that Europe does business with. They remain blind to the venal corruption and savage abuse of human rights that takes place in that country on a daily basis. Their policy, therefore, is to behave like ostriches with their heads buried in the sand, ignoring the Iranian uprising. But the Western media should remember, if you keep your head buried in the sand, all people can see is an ass.

Struan Stevenson is coordinator of the Campaign for Iran Change. He served as a member of the European Parliament representing Scotland (1999-2014), president of the Parliament’s Delegation for Relations with Iraq (2009-14) and chairman of Friends of a Free Iran Intergroup (2004-14). He is an international lecturer on the Middle East and is also president of the European Iraqi Freedom Association.

Previous articleAre the Iranian People in the Midst of a Revolution?
Next articleEditorial: Will Negotiating With the United States Do Iran Regime Benefit or Harm?